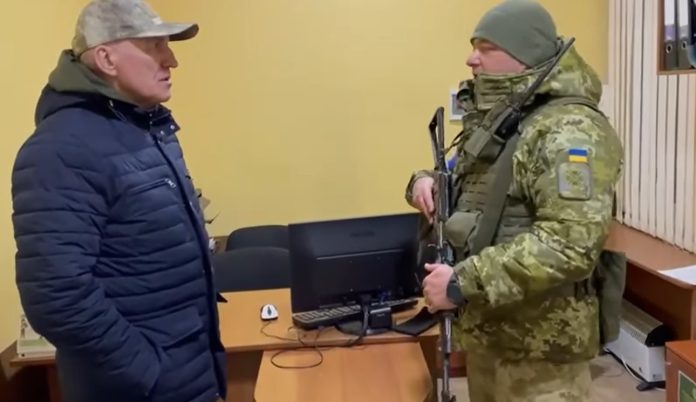 “Thirty silver coins is the reward for treason,” said a Ukrainian presenter while trying to hand a briefcase to the Belarusian ambassador to Ukraine, Igor Sokol, in favor of the cameras, to take it to the head of border control. Belarus Committee, Anatoly Labo. The Video From the provocation posted on the profile of the head of the Ukrainian customs officers, Sergey Deniko, he fed the Ukrainian propaganda machine after Kyiv Accused Minsk for allowing the Russian army to cross the Belarusian border, thus allowing Moscow’s forces to invade Ukraine from the north. «The Russians are committing open and bloody aggression against Ukraine from the territory of Belarus – says the soldier in the video – Denko ordered to hand this“ salute ”to the head of the border commission, General Labo. This is an order.” Belarusian Ambassador Sokol scornfully dismissed the briefcase full of coins and left, saying, “It is your order, not mine.” The thirty silver coins are a clear reference to the biblical incident in which Judas Iscariot obtained 30 denarii from the Roman army to help capture Jesus. Kyiv accuses Minsk of providing support to the Russians in the invasion. It began on February 24. Dineko himself also emphasized the symbolic value of the gesture, adding the warning on his Facebook page to the provocation: “Attention. Victory will be for Ukraine!!”.