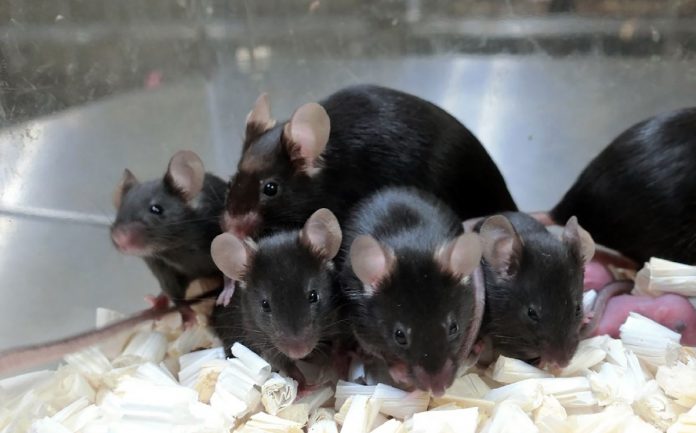 Sperm has been preserved lyophilized (dried and frozen) in International Space Station (ISS). Once on Earth it was rehydrated and multiplied 168 genetically defective offspring.

Teruhiko WakayamaThere are few differences between the sperm-fertilized mice found in space and those that were confined to our planet, the biologist and lead author of the study told AFP.

He said, “All the puppies looked normal, and when the genes were checked”No anomaly found“.

In 2013, Wakayama and colleagues from Japanese University Yamanashi sent to IS For his study, he studied three boxes each containing 48 ampoules of freeze-dried sperm.

The goal was to determine the duration exposed to radiation From space the DNA of reproductive cells can be damaged or if mutations are generated, which can be a A problem for our race in future space exploration and colonization missions.

What was sent to the International Space Station returned to Earth fertilization In the first nine months, after two years, and finally after six and hundreds of births.

The lyophilized sperm It was chosen for the experiment because it can be kept at room temperature rather than needing a freezer.

The blisters were also very small and light, the size of a small pencil, which reduced Shipping costs.

When “space mice“They came of age, mated randomly and the next generation also seemed normal.

Wakayama, who today runs the Center for Advanced Biotechnology in Yamanashi UniversityHe told AFP he was inspired by the science fiction books of Heinlein and Asimov and once wanted to become an astronaut.

Although he became a scientist, he did not give up his passion for the mysteries of space.

“In the future, when the time is right Migrate to other planets, we will need to maintain diversity genetic resources “Not only for humans but also for pets and pets,” Wakayama and colleagues said in the article.

They add, “For reasons of cost and safety, the stored cells are more likely to be transported in spacecraft rather than in live animals.”

Reaching out to other planets means leaving the Earth’s atmosphere safe and its magnetic field also extending about 400 kilometers above the International Space Station.

Deep space is full of powerful radiation, both from solar particles and from cosmic rays that come from outside the solar system.

Explosions on the solar surface generate particles that can have devastating effects on human health and can penetrate the spacecraft of the current generation.

According to Wakayama, the freeze drying process increases its tolerance compared to fresh sperm, because the former does not contain water inside the cell nucleus and cytoplasm.

According to the study authors, elyophilized sperm It can be stored for up to 200 years in an orbital device.

Humanity may also wish to spread its genetic resources away from the planet should a catastrophe on earth, adds the document.

See also  Thomas Pesquet: This funny fear he has about his return to the International Space Station

The study warns that the effects of . still need to be investigated space radiation into female eggs and fertilized embryos before taking a new step into the space age.