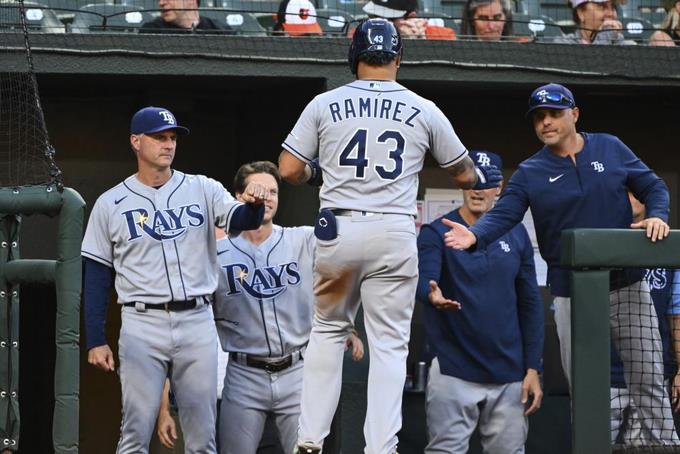 Harold Ramirez broke a fly-by at the top of the ninth inning and the Tampa Bay Rays ended a four-game losing streak with a 7-6 win over the Baltimore Orioles on Saturday night.

Diaz also trailed Dillon Tate (0-3) by one in the ninth game. Ji Man Choi followed him up with a single and Tate hit Randy Arozarina with a pitch on two strokes to load the bases.

The Colombian Ramirez fly ball gave Reyes the lead. Colin Butch solved the bottom of Episode IX to save him the fourth.

Calvin Foscher (1-1) scored a perfect eighth inning to claim his first win of his career, a day after he suffered a loss.

For the Rays, Dominican Manuel Margo scored 5-1 with one run and two RBIs, Francisco Mejia 4-4 with a run. Cuban Diaz 4-3 with three sets, Arosarina 4-1. Colombian Ramirez 4-2 with an RBI T-shirt. Mexican Isaac Paredes 4-0.

For the Orioles, Venezuelan Anthony Santander 5-2 with a half-scored and Robinson Chirinos 4-3 with four RBIs, Rougned Odor 2-0. Dominican Jorge Mateo 4-0.