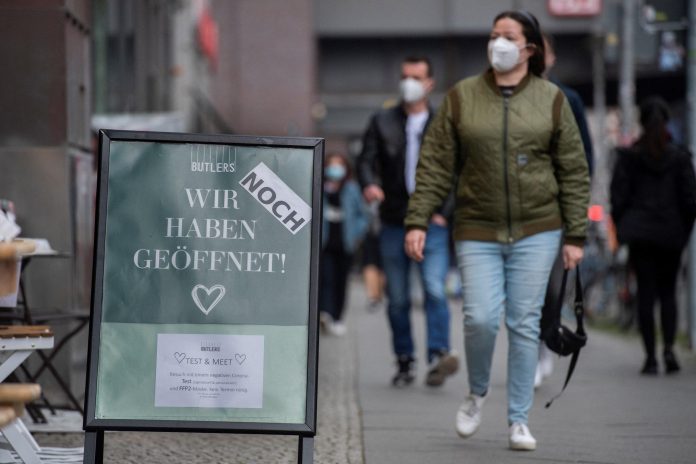 For the first time since the beginning of the epidemic, German health authorities recorded more than 236,000 new daily cases of Covid-19. The Robert Koch Institute (Rki), the government agency for the control of infectious diseases, reported via its website that in the past 24 hours, 236,120 infections and 164 deaths were recorded, bringing the two totals respectively to 10422764 and 118,334.

Thus, the number of cases exceeds the previous record recorded on Wednesday, when the authorities confirmed 208,498 injuries. This is the third time that more than 200,000 positives have been confirmed in the country in a single day. The center indicated that the cumulative infection rate in the past seven days amounted to 1,283.2 cases per 100,000 residents, of which 1,067,031 were positive in the past week. The latest indicator crossed 1 million cases on Tuesday, for the first time since the start of the pandemic.

According to the data of the Robert Koch Institute, there are currently about 2,435,300 active cases, while it is estimated that the number of people recovering from Covid-19 is about 7,869,200, including about 79,600 cases of recovery in the past 24 hours. As such, German government spokesman Stephen Hebestreet said on Monday that it was too early to embark on a reduction in restrictions.

See also  "She has no hours" - Libero Quotidiano

Giorgia Meloni, the voice on the first international flight. Message...