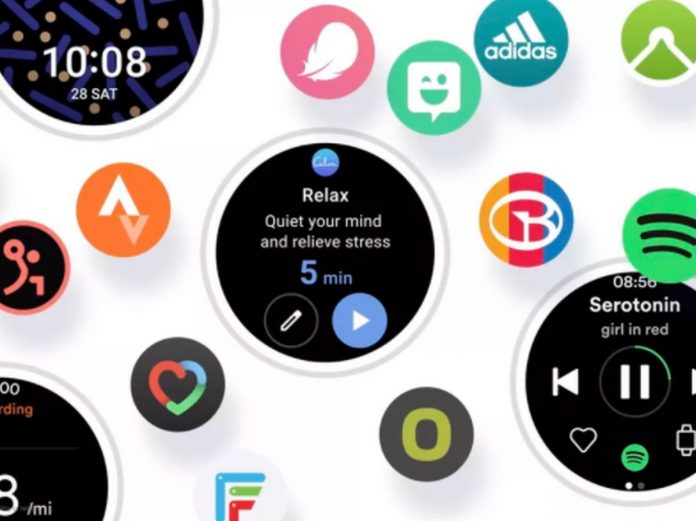 Samsung’s upcoming Galaxy Watch will be announced at an Unpacked event later this summer. In the meantime, yesterday we were able to discover its new operating system and the interface of One UI Watch, co-designed with Google. The news broke during a virtual event organized by Samsung as part of the Mobile World Congress 2021. The puzzle still remains regarding the design of the new Galaxy Watch. According to the latest rumors, it takes a simpler style than the Galaxy Watch Active 2.

Earlier this year, Google and Samsung announced a partnership to reshape future Google Wear watches. The Samsung Galaxy Watch will be the premiere of this update. Other watches, including watches from Fossil, will arrive later this year. The One UI interface promises faster connectivity to the associated phone and greater access to basic mobile settings, such as the Apple Watch. Compatible applications must be downloaded to the phone and activated immediately on the watch.

At first glance, One UI looks very similar to Google’s. The features offered are very simple: apps swipe up by swiping, international clocks sync between smartphone and watch, general settings like Do Not Disturb appear on both the watch and the phone at the same time.

Why apps via Google Play

One UI Watch downloads apps through Google Play. There are many Wear OS apps available. Samsung has confirmed that Adidas Running, Strava, Swim.com, Calm, Sleep Cycle, Spotify, YouTube Music and Google Maps are among the supported apps. The One UI Watch will also support an eSIM with LTE connectivity, so these new watches can be used without a phone.

“We are excited to bring longer battery life, better performance and a wide range of apps, including many Google apps, into an entirely new wearable experience,” Google’s Samir Samat said of the new Samsung watch.

Some Samsung apps from the previous Galaxy Watch will be available through Google Play for the One UI Watch, but it is not yet clear which one. Samsung has also offered its own watch face creation software to developers, but it’s hard to judge its capabilities by the short list that was presented.

Samsung has also made sure to reassure owners of watches based on its Tizen OS, such as the current Galaxy Watch 3 and Active 2, by guaranteeing software updates and platform support for three years after the initial release date.

Article from CNET.com adapted from CNETFrance