Persia Digest
Home entertainment Not a family photo: Charlene surprises you with a Christmas card 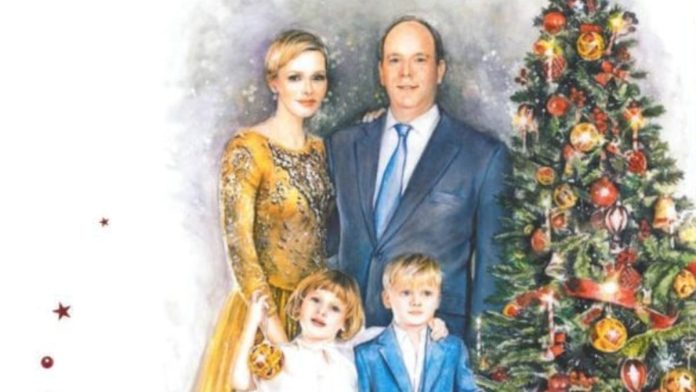 Not a picture with the family

Charlene surprises you with a Christmas card

There has been speculation about Charlene’s health for months. The Princess of Monaco is currently relaxing in a Swiss clinic, where she is now sharing a Christmas card with her fans. This looks different than usual

The royal family usually releases a Christmas card just before the holiday in which the whole family appears. Prince William and Duchess Kate, for example, shared a photo with their three children on Instagram on December 10 they took during a visit to Jordan earlier this year.

“We are excited to share a new family photo that can be seen on this year’s Christmas card,” the British royals wrote in the snap, baggy and cheerful smiles in front of a rock.

However, with members of the Monegasque royal family, the Christmas card looks different than usual. Because instead of a selfie with her loved ones, Princess Charlene just shares an illustrative photo of her family.

Illustration instead of portrait

“Wishing everyone a happy and safe holiday” reads next to the photo. It shows photocopies of the 43-year-old and her family. She stands in a yellow dress next to her husband, Prince Albert II, in front of them are seven-year-old twins Gabriella and Jack. In addition to the royal family, an exquisitely decorated Christmas tree and many gifts wrapped can be seen.

Charlene von Monaco has been struggling with health issues for months, which is why a traditional selfie may have been dispensed with this year. A few days after returning from South Africa at the beginning of November, she left the principality to recover from a serious infectious disease in a Swiss hospital.

Prince Albert confirmed to “People” magazine that she suffers from mental and physical exhaustion. In South Africa, doctors had previously prevented Charlene from flying home after she had a severe ear, nose and throat infection, which is why she had to treat herself on site for a long time.

The American couple met in Monaco in 2000, and Albert II and Charlene have been married since 2011. The two children were born in December 2014. It is not known whether the family will celebrate the holidays together or whether Charlene will stay in the hospital.