Persia Digest
Home sport Pierre Fairbank won the bronze medal in the 800m in his last... 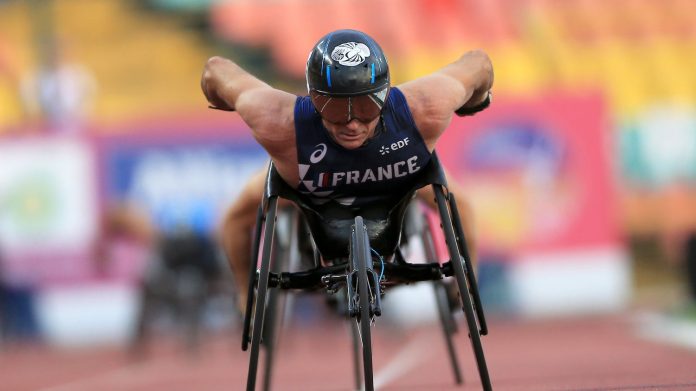 This is the 46th French medal at the Tokyo Paralympics, the first for Pierre Verbank at this edition, but the ninth in his career.

Fifth in the 100 metres, sixth in the 400 metres, Pierre Verbank was always close to winning a medal on Japanese soil. Done on Thursday 2 September with third place over 800 metres, in the T53 class, at the Tokyo Paralympic Games. This is his first medal in these games…but it’s his ninth medal at the Paralympics: 3 in Sydney, 2 in Athens, 1 in Beijing, 2 in Rio, and now one in Tokyo.

Born in 1971, he began his sports career at the age of 15, completing his impressive collection of medals. It is also his third Olympic medal in the 800 metres. And so Pierre Fairbank concludes a unique career with a new and definitive medal.

The 50-year-old Frenchman was defeated by Brent Lakatos and above all by the untouchable Pongsakorn Baio who broke his best at 1’36” 07.

See also  Adeyemi announces with a double-pack: "Ackern" was worth it