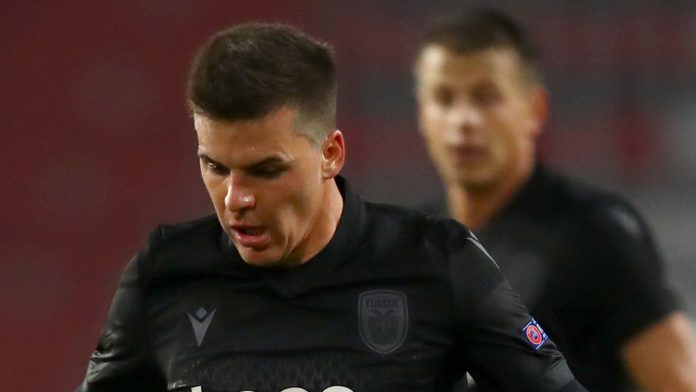 Olympique de Marseille put itself in a comfortable position for the return leg in Greece with a 2-1 win over PAOK in the Conference League quarter-finals.

The team of Stefan Schwab and Thomas Morge chase early helplessness. Dimitri Payet plays the ball to Gerson, who takes the ball with his chest and shoots it into the corner (13′).

Marseille determines what happens in the first half, with the French south having 65 percent of possession.

With the breather whistle, Marseille increased to 2:0 (45). Dimitri Payet takes the ball right after a corner and scores from distance which is something to watch.

Omar Al-Qadduri, who came at the break, scored the goal of the Greeks shortly after the second half (48), but the goal was a cosmetic result. Top scorer Gerson still sees yellow and red in stoppage time. This is followed by the final whistle.

Schwab and Morge sit on the bench for 90 minutes.

Roma deceives itself again in Norway

Shortly before the first half (43) Captain Lorenzo Pellegrini put the Italians ahead. Although Bodo/Glimt had more possession than the Romans, they couldn’t even hit the ball on goal in the first half.

A fatal goal error from Rui Patricio brought the Norwegians back into the match with a second shot on goal (55). In the 89th minute, Bodou/Glimt took the lead. Meet Hugo Wittelsen with the end result. After that, the Italians ran, but could no longer avoid their second defeat against the Norwegians of the season.

The two teams met in the group stage. On the third day of play, Bodo/Glimt beat Jose Mourinho’s team 6-1.

The “Foxes” are the most active team in the first half, but they failed to take advantage of their good chances.

Brendan Rodgers’ side remain decisive in the second half of the game. Except for the photographed post, you have nothing to show.

Gabriel Costa was a character in the final and became a...