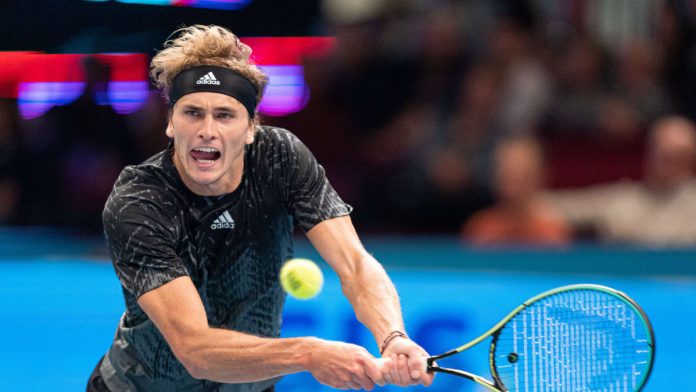 Olympic tennis champion Alexander Sverev advanced to the quarterfinals of the ATP Tournament in Vienna, perfecting his 300th victory on the ATP Tour.

This is the sequel to Sverre, who has competed in his previous four races since winning the Cincinnati, following his Olympic victory in Tokyo. Sverev got off to a good start and took his service game from an opponent who had recovered from Covit 19 disease. In the fifth game he overcame another break, so the first set in 32 minutes was a clear thing for Sverev, who was second in Vienna.

In the second division, Sverev faced more opposition and had to play a service game 3: 5, thus giving up the set. But thanks to the concentrated process in the final sentence, Sverev deservedly won. This was Sverev’s fifth victory against his Australian rival in the sixth fight.

Chitsibas was expelled against merit

American Francis Diafo came as a big surprise, beating number one Stephanos Tsitsipas in three sets. The Greeks, currently the third in the world, won the first set 6: 3 against the qualifiers, but went on to beat Diafo 6: 3 and 6: 4 in the following sets, who now face the Argentine Swartzman on Friday.

Barthel was the last German player to lose in Kluze-Naboka

The quarterfinals of the WTA tennis tournament in Cluj-Napoca, Romania will take place without the participation of Germany. Mona Bartel lost 4-6, 4-6 in the second round to Ukraine’s Marta Gostzuk. The previous day, Anna-Lena Friedz from Undernach was also defeated by the Ukrainians in the same round. He lost to Anhelina Kalinina 2: 6, 2: 6.