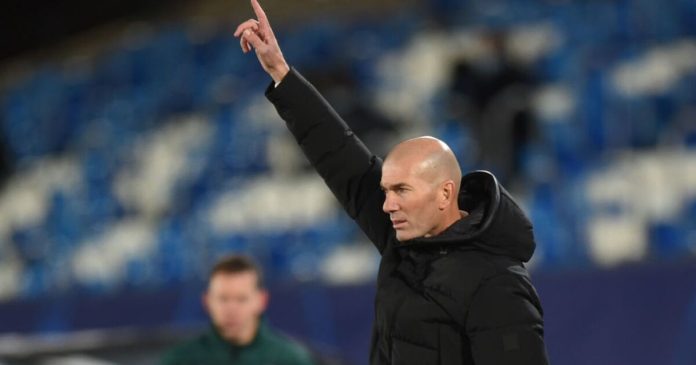 The radio said that Paris Saint-Germain and Zidane would agree in principle Europe 1so that the technician is the next person in charge of the Paris team seat.

The station even presented the possibility that the world champion with France in 1998 could have traveled to Qatar to meet the club’s owners.

for the radio RMC SportsParis Saint-Germain is “close” to concluding the agreement with Zidane, but first they have to resolve the dismissal of their current coach, Argentine Mauricio Pochettino, who has a season pending on his contract, because of “respect among coaches”. .

According to several sources: Pochettino will have to receive compensation of about 10 million euros in the event of dismissal.

On the other hand, Alain Miliacchio, one of the closest people to Zidane and who was his representative and advisor during the thirty years of his career as a player and coach, confirmed that “all this noise is unfounded,” he said. the team.

“Neither Zinedine Zidane nor I have been contacted directly by the owner of PSG,” he said, before adding that he was “not sure” that the club’s Qatari ownership was “really interested” in his arrival.

Neither Zinedine Zidane nor I have been contacted directly by the PSG owner.

The club, which announced on Friday the appointment of Portuguese Luis Campos as its external football advisor, remains silent on the issue.

There is also speculation in the French media that Zidane’s arrival could eventually have a positive impact on France international Paul Pogba to sign for Paris Saint-Germain After his release at the end of his contract with Manchester United.