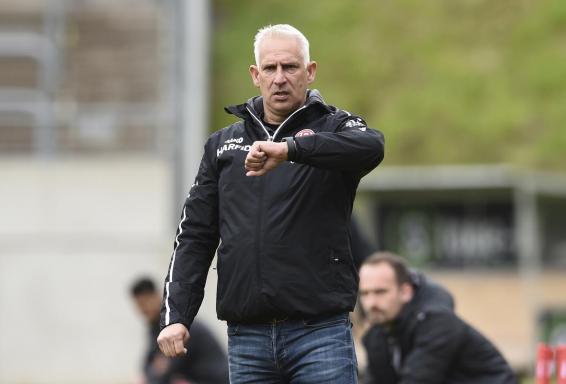 Rot-Weiss Essen also won the next warm-up match. In the city derby on ETB SW Essen, the regional league was won 6-1 on Wednesday night.

RWE had to deal with its first small setback before the match: Simon Engelman and Zlatko Jánic were supposed to attack together, but back pain forced Jánic to stop. ETB proved to be a strong opponent from the start. RWE was clearly overweight and had chances to score, but the league team didn’t give up in many duels.

After 20 minutes, the candidate finally made a well-deserved advance. Sasha Voelke, who was very agile, overpowered the outside and served Engelmann. The striker only had to push the ball over the line.

Anyone who thought that the duel would now take a one-sided path, was suddenly mistaken. Four minutes later, Marcelo Romano equalized from nowhere – after a counter-attack after a Rot Weiss corner kick. The Suat Tokat team was incredibly efficient. ETB was then able to make the game more balanced, so the tie went into the break.

Kefkir was hit twice after being substituted

In the break, Neidhart made seven changes – including Oguzhan Kefkir. This should decide the game in the end. In the 53rd minute, the attacking man first scored 2:1, in the 69th minute Kefkir increased to 3:1. At this point, RWE barely allowed the host to develop. Erolind Krasniki scored 4:1 after 79 minutes, before Engelman (86th place) and again Krasniki (89th) finished.

A pre-season dress rehearsal will be held by RWE on Saturday (2pm, tape RS) against third-tier team SC Verl.

Tigres vs León: what time is it, transmission channel, how and...