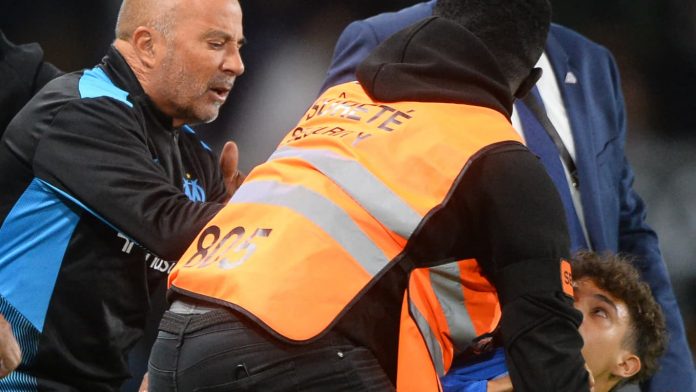 George Sampoli, the Marseille coach, intervened at the end of the Anchors-OM match (0-0) on Wednesday, arriving with a supporter who was intercepted by the security service after entering the field.

The defense service was in high demand at the end of the match between the Anchors and OM (0-0) on Wednesday 7th Day League 1. There was a clash between the supporters of the two camps after the whistle final. Another intrusion – which was less violent – went a little unnoticed. A young spectator was detained by security agents near the central circle of Raymond-Copa Stadium.

Without serious intentions, he wanted to take an autograph or selfie from Marseille players. Faced with the chaos of the situation, George Sampoli, the OM coach, intervened to rescue the young man and leave the field with him.

Marcel Pace de La Loure was released with a draw (0-0) at the end of a match. The Argentine technician, who made several changes in his first XI, regretted the defensive face of his opponents.

“We faced a team so as not to give up a goal,” he commented at the end of the meeting. From there, it was very difficult for us. We tried a lot, but we ran on a team with low resistance, who defended well, and I’m still satisfied. There is a young team. This is a point taken tonight and we will be happy. “