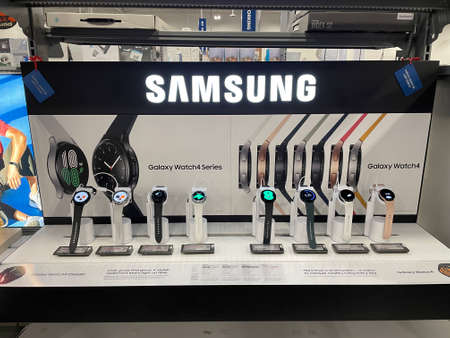 Universal Flash Storage, or UFS for short, is the storage technology used by many smartphones and other devices. Samsung has now revealed its implementation of UFS 4.0, a faster and improved version that could appear in your next phone or tablet.

Samsung Semiconductor announced the new UFS 4.0 technology in a series of tweets. The company said: “UFS 4.0 delivers up to 23.2 Gbps of bandwidth per lane, double that of previously UFS 3.1. […] With Samsung’s advanced 7th generation V-NAND technology and a proprietary controller under the hood, UFS 4.0 will deliver sequential read speeds of up to 4200MB/s and sequential write speeds of up to 2800MB/s.

UFS 4.0 feels like a significant upgrade over the UFS 3.0 standard introduced in 2018, which has a maximum data transfer rate of 11.6 Gbps per lane, with a maximum speed of around 2,900 MB/this makes newer UFS 4.0 models nearly twice as fast, though Although the UFS 3.1 standard introduced in 2020 included some optional features that made some devices a little faster. It seems that the new upgrade is still limited to two data paths.

Samsung claims that UFS 4.0 chips are 46% more power efficient than UFS 3.0 designs, with a sequential read speed of 6.0MB/s per mA. The chips will be manufactured in several different capacities (up to 1TB) and will not exceed 11mm x 13mm x 1mm. Mass production will start in the third quarter of 2022.

Samsung is always updating its Galaxy S flagships earlier this year — the Galaxy S22 series arrived last February — so we’ll likely have to wait for next year’s best Android phones to see UFS 4.0 in action. The Q3 manufacturing schedule means there’s a chance some high-end phones launching at the end of the year will have UFS 4.0, like the upcoming Pixel 7 series or Galaxy Z Fold, but we’ll wait and see.

What are the criteria for choosing a spy app?