Persia Digest
Home entertainment ‘Scream’ will have an exclusive theatrical release on January 14, 2022 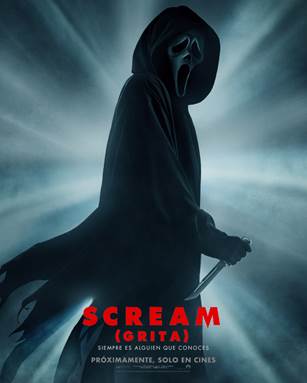 January 14, 2022, will be the exclusive theatrical release of the Radio Silence movie, “Scream,” presented by Paramount Pictures and Spyglass Media Group and produced by Project X.

Synopsis: 25 years after a brutal killing spree brought the quiet town of Woodsboro to a standstill, a new killer dons a Ghostface mask to begin hunting down a group of teens and resurrecting the secrets of the town’s deadly legacy.

The theory says that Cal Kestis is the creator of Obi-Wan...

Dancing With The Stars 12: Nabila And Melanie Da Cruz On...