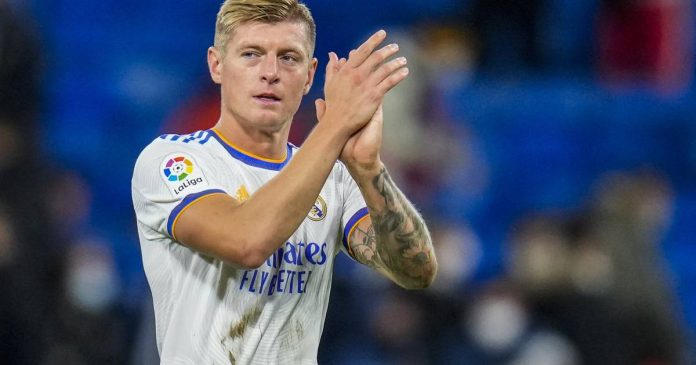 Paris Toni Kroos, the Champions League champion from Real Madrid, interrupted a television interview after defeating Liverpool in the final. “You had 90 minutes to think of common sense questions,” he replied in the winning interview on ZDF. The reporter was surprised.

Toni Kroos kicked off his live interview after winning the Champions League with glee – after just 45 seconds he broke it annoyed. “You had 90 minutes to think about common sense questions, and then you ask me two tweet questions – that’s crazy,” the 2014 world champion from Real Madrid told amazing ZDF reporter Nils Kabin. He asked why Real was in such an ordeal.

“That’s not surprising,” Kroos rebuked after his impressive 1-0 win over Liverpool in Paris, “This is the final here! It’s really bad, really bad, really.” The camera had already panned away when he was no The argument can still be heard in the field: “You ask two negative questions first,” Crouse shouted: “You know right away that you’re from Germany.”

It was Kroos’ fifth victory in the Premier League category, after catching record holder Cristiano Ronaldo. “He will definitely have to settle in for a few days. I have won this cup a few times, but this is a very special day for me because all my kids are on the field this time.” “I can hardly describe how beautiful it is.”

This obviously does not apply to some of the reporter’s questions. ZDF commentator Bella Rethi calmly reacted: “Well, in ten years we’ll laugh about it.”