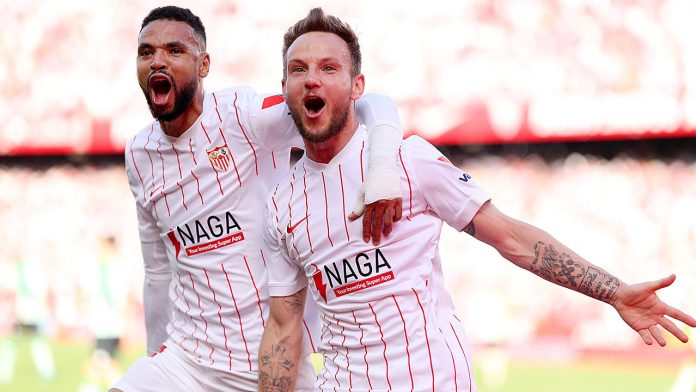 The candidate who prevails in the Cevilano derby!

In the city derby, FC Seville defeated Real Betis 2-1 and won the match between the second and third places in the Spanish League.

In the expected kick, Claudio Bravo awarded a foul penalty kick in the penalty area. Veteran Ivan Rakitic turned into the lower left corner indefensibly – 1: 0 (24). A small initial decision was made before the break: Munir El Haddadi hit the goal from outside the penalty area and sank the ball into the right corner – 2: 0 (41).

Few chances for Betis, and Christian Tello fails with a shot at goalkeeper Bono (63). Shortly before the end of the match, Alex Moreno’s shot missed the goal (81). The goal comes too late: Canales only makes it 1:2 in overtime (90 + 4).

Seville is still the closest to Real Madrid, six points behind the Andalusians. Real Betis are eight points behind FC in third place, one point behind Atletico and four points over Villarreal and Barcelona, ​​who have played two fewer games.

Pedro Aquino and Henry Martin news of the second leg against...