Persia Digest
Home World “So Italy will lose the role of Secretary-General in 2023” – Il... 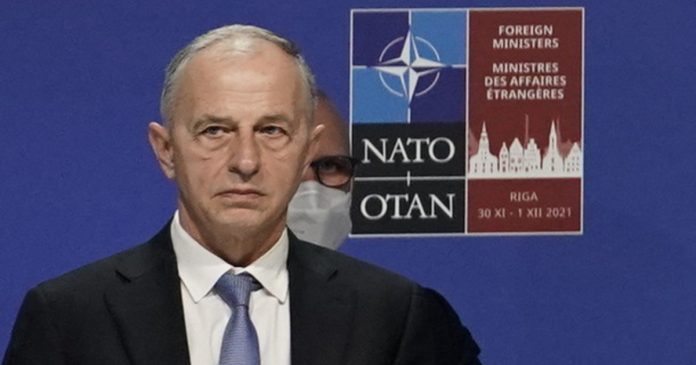 An arms struggle between Giuseppe Conte and Mario Draghi could cost Italy dearly, risking not being able to compete for the NATO Secretary General position it deserves in 2023.

“Achieving 2% of GDP in military spending by 2028, as announced by the Minister of Defense, has the character of a compromise to avoid problems with the government. In this way, Italy will reach this threshold perhaps in six years when, on the other hand, needs may require it. “Soon and in the meantime, at least two governments will change. It is a situation that threatens to undermine Italy’s reliability and credibility at the level of NATO and at the level of the European Union.”

This was stated to Adnkronos by Army Corps General in Reserve Giorgio Battisti, head of the Military Department of the Italian Atlantic Commission. Regarding the post of former Prime Minister Giuseppe Conte, Battisti asserts that he does not want to enter into the merits of “political rhetoric” but “it is clear that these are issues related to the upcoming elections in 2023”. “The truth is that an issue of a politically ideological nature has international military, diplomatic and political technical consequences,” he adds. “Almost all Western countries, including Germany, which has long been a beacon of the most peaceful countries in Europe, decided to increase their defense budget in a few years – he adds – if the same operational standards of efficiency and modernity as most NATO countries, which have already reached the 2% limit and in In some cases, such as Greece and France, even bypassing them, we risk having less capacity than these countries and thus becoming a weight in the general economy of NATO: they should support us for those military shortcomings due to this 2% delay, assuming they reach 2028.”

“It could also entail difficulty in being able to present an Italian candidacy for the post of next NATO Secretary-General to be chosen by the NATO countries in 2023 – and, he asserts – moreover, compared to Ukraine’s possible fear that Italy is one of the guarantor states of a ceasefire, We risk not having enough weight and credibility to be able to aspire to this situation.” Finally, he continues, “We do not show credibility in wanting to honor the agreement reached at the 2014 NATO Summit in Wales to reach a level of 2% of GDP The General stresses that “from a technical point of view there should not have been these restrictions, 2% of GDP should be reached in accordance with the national industrial plan and with the planning of the Defense Staff, which should prioritize increasing and improving Armed Forces installations and equipment. “So, there is no political limit but military-technical planning related to the needs of the Armed Forces, also in light of this conflict in Ukraine, for anti-missile defense, the ability to shoot out beyond national borders, and to have naval assets that can also be shot down in the Indo-Pacific, which is one of the goals of the coalition. Atlantic, albeit secondary.” In conclusion, according to General Battisti, it was necessary to avoid “the ideological-political situation associated with the upcoming elections that would limit the improvement of the operational capabilities of all armed forces”.

See also  She is the ninth - OA Sport