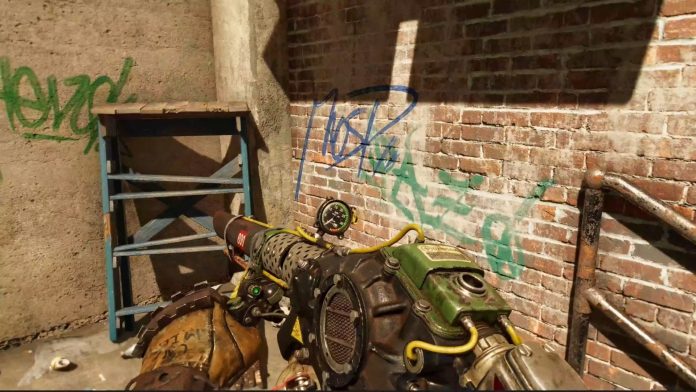 Ubisoft has announced the official system requirements for the PC version of Far Cry 6 and introduced the most important graphics options and gameplay features for this version of the open-world shooter in more detail. This includes full support for hardware ray tracing, a package with particularly sharp textures and photo mode. 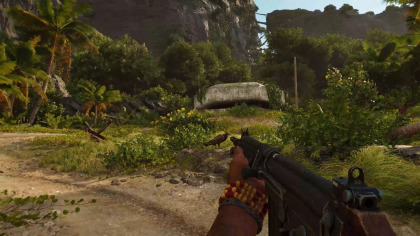 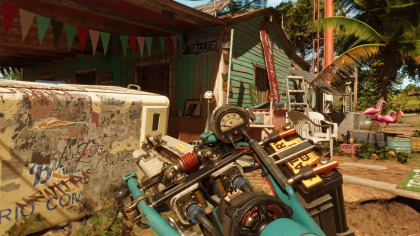 The PC version of Far Cry 6 is being produced at Ubisoft Kiev in collaboration with teams in Toronto and Montreal as well as with other companies such as AMD. Gamers with the right hardware benefit from unlimited frame rate, ray tracing for realistic rendering of reflections and shadows, support for wide screens and settings with multiple monitors as well as AMD FidelityFX Super Resolution.

As seen from Ubisoft, graphics can be modified in a variety of ways using several setting options, with a preview function and an integrated benchmark that helps find the optimal settings for your PC. If you wish, you can also download an optional HD texture pack – a hefty 37GB.

In Photo mode, special moments in the game can be captured and enhanced with filters. The controls can, unsurprisingly, be set freely via the gamepad or keyboard/mouse; Full text-to-speech function, localized noise and special modes for various colors make barrier shooter unobstructed.

Along with the promotion, Ubisoft has also published the recommended minimum system requirements for Far Cry 6. As noted, Windows 10 (20H1 or later) is mandatory, and you must have at least AMD Ryzen 3 1200 / Intel i5-4460 And AMD RX 460 / Nvidia GTX 960, 8 GB of RAM and 60 GB of free hard disk space. To play at a higher resolution, with more FPS and activated ray tracing, more powerful hardware is of course required. Exact requirements can be found in the screenshot. 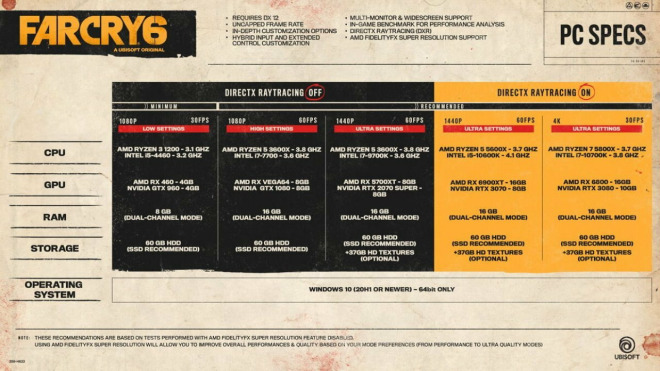