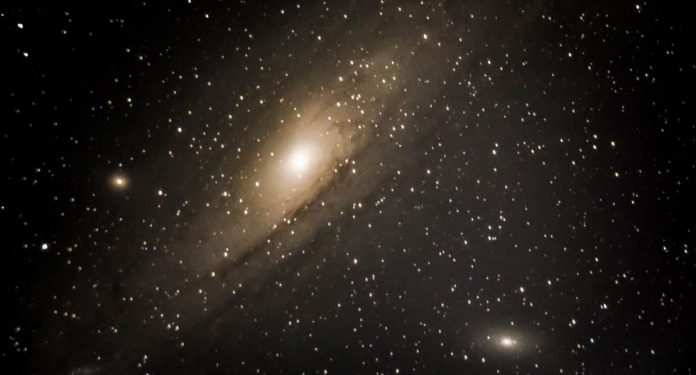 A telescope at the European Southern Observatory (ESO) has captured images of nearby galaxies that resemble colorful cosmic fireworks and will help astronomers discover what drives gas to form stars.

Images were acquired with the ESO Very Large Telescope (VLT) in . format Chile Different components of galaxies appear in different colors, allowing scientists to learn about the locations of young stars and the gases heating around them, the European Research Association said in a statement.

Combining these images with data from the Atacama Large Millimeter/ Submillimeter Array (ALMA), of which the European Observatory is a partner, helps the team work out what causes gas to end up forming stars, because although the astronomical community knows that they were born in Gas clouds, and it is not yet known what triggers the star formation process and what role it plays galaxies.

To understand this process, astronomers have observed many nearby galaxies with telescopes on Earth and in space, and have surveyed regions of different galaxies involved in star birth.

Eric Emsellem, ESO astronomer at Germany and lead author of the scientific paper describing the study conducted as part of the Physics at High Angular Resolution in Near Galaxies (PHANGS) project.

“We can directly observe the gas that gives rise to stars, see the same young stars and witness their evolution through different stages,” he explained.

Team Scientists It launched the latest set of galactic surveys obtained with the Multi-Unit Spectroscopic Explorer (MUSE) instrument — installed in ESO’s VLT — to track newborn stars and the hot gas around them, a gas that is illuminated and heated by stars and indicates that star formation is in progress.

The new MUSE images were combined with observations of the same galaxies obtained with ALMA, thanks to this, the team can examine the regions of the galaxy in which star formation occurs, and compare them with those in which it is expected. In order to better understand what stimulates, drives or slows down the birth of new stars.

As I mentioned Scientists, the resulting images are “amazing” and provide an “amazingly colorful” view of stellar nurseries – the places where stars are born – in our neighboring galaxies.

“Thanks to PHANGS, this is the first time we’ve been able to piece together such a complete view, and get images sharp enough to see individual clouds, stars and nebulae related to star formation,” said study co-author Francesco Belfiore. INAF-Arcetri in Florence (Italy).

In addition to ALMA and MUSE, the PHANGS project also includes observations from the NASA/ESA Hubble Space Telescope, and will be enhanced with upcoming telescopes and instrumentation, such as NASA’s James Webb Space Telescope.