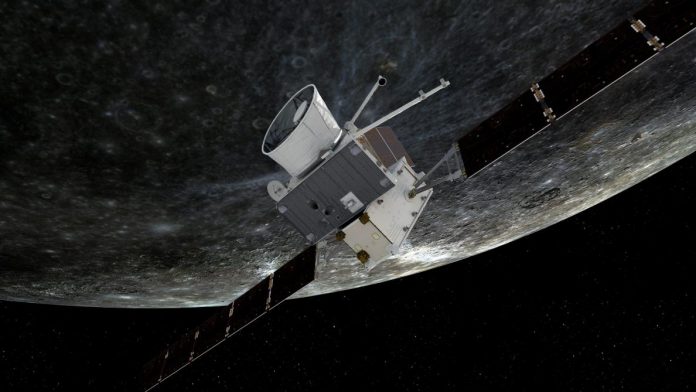 The BepiColombo satellite captured the first image of the planet during the reconnaissance flight.

TheThe European space mission to explore Mercury, BepiColombo, flew over the planet for the first time during the night from Friday to Saturday. By posting the snapshot, the European Space Agency (ESA) announced on its Twitter account that even the planet closest to the Sun can be photographed.

The BepiColombo mission was launched in October 2018. The European Space Agency (ESA) and Japanese (JAXA) probes aboard the satellite should be placed in orbit around Mercury only in 2025, at the end of a complex path, because the smaller planets in the solar system are very difficult to reach. . His scientific instruments must study the formation of Mercury in order to solve the mystery of the formation of this scorched planet, the least explored of the four rocky planets in the solar system, and to understand the evolution of this entire system.

Before propelling itself toward its final destination, the satellite makes nine reconnaissance flights (one toward Earth, two toward Venus and another six toward Mercury). These maneuvers are intended to ensure that BepiColombo reaches the correct speed in order to safely position itself in orbit around Mercury.

The first image taken during this reconnaissance flight was sent back to Earth about 30 minutes after these maneuvers. This photo was taken at a distance of 1000 km. So the photo was not taken when the probe was closer to the star, only 200 kilometers away, because the satellite was at that time flying over the dark side of the planet.