Persia Digest
Home World The fake video published by the Ministry of Defense of Ukraine and... 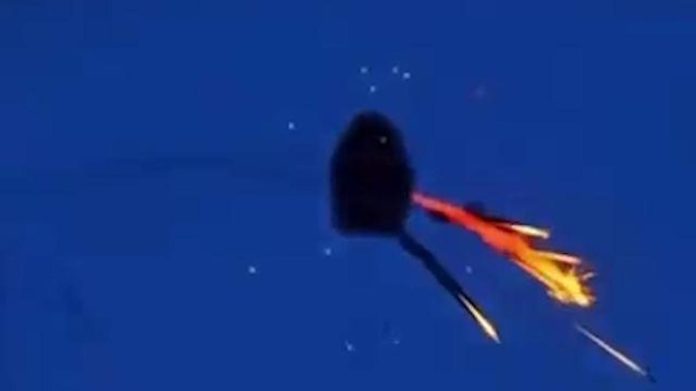 Shortly after five in the morning of March 24, the Telegram file of the Ukrainian newspaper Zn.ua posted on the Internet a video showing the destruction of some helicopters, reporting the following statement: “The Commander-in-Chief of the Armed Forces of Ukraine Valery Zalogny said that the air defense of the Ground Forces was destroyed. Four Ukrainian K-52 helicopters of the Russian Armed Forces in the direction of Kherson this morning.” The Ministry of Defense of Ukraine also posted this on Twitter, where I attached the same video. In fact, the clip in question is taken from the video game “ArmA III” developed by the Czech manufacturer Bohemia Interactive. In other contexts besides the Ukraine conflict, as reported by the Reuters fact-finding portal, clips extracted from this video game have been posted on social networks and international media, believing them to be falsely true. The fake video clip was both taken down by the Ukrainian Defense Ministry and the online newspaper Zn.ua (internationally considered by the BBC, among others, the country’s most reliable and impartial publication).

The following article has been updated after a video validation

And here is the original previously published version entitled: “Ukrainian anti-aircraft fire destroys Russian Kamov Ka-52 helicopters in Kherson: entered service in 2016.” Commander-in-Chief of the Ukrainian Armed Forces Zaloghny said that four K-52 helicopters of the Russian Armed Forces, which are A model used for the first time during the Syrian conflict, by the air defense of the Ukrainian ground forces in the direction of Kherson this morning.