Persia Digest
Home World The Italian Church is close to the Nicaraguan Church, a letter from... 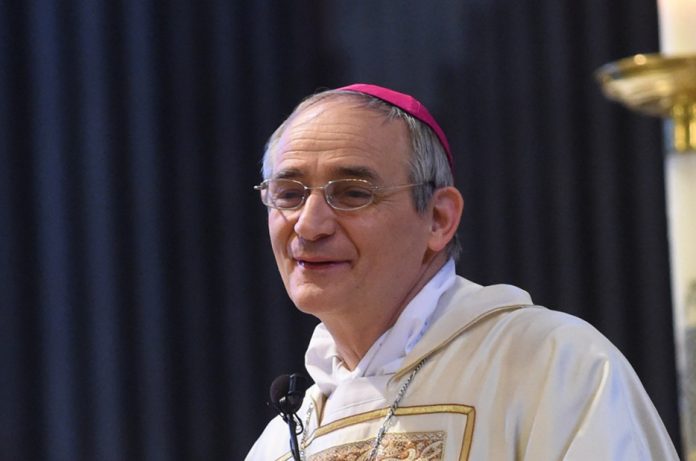 The Italian Bishops’ Conference expresses its solidarity with the Nicaraguan Church, which was subjected to “cruel persecutions” and launches an appeal for the guarantee of “freedom of worship and opinion not only of members of the Catholic Church, but of all citizens” in the country. This is what President Cardinal Matteo Zuppi wrote in a letter to Monsignor Carlos Enrique Herrera Gutierrez, President of the Nicaraguan Bishops’ Conference.

Upon the arrest of Bishop Rolando José Alvarez Lagos, Zuppi asserts: “This is a very dangerous act, it does not leave us insensitive and urges us to keep our attention high.”

This is the text of the message:

Dear brother ,
On behalf of the Italian bishops, I would like to express to you, as President of the Conference of the Bishops of Nicaragua, our closeness and solidarity with the episcopate and the entire Nicaraguan Church.

We receive with alarm and apprehension the news of the cruel persecutions that God’s people and their shepherds are subjected to because of their devotion to the gospel of justice and peace.

In recent weeks we have followed with concern the decisions made by the government towards the Christian community, which were also carried out through the use of force by the military and police forces. We recently learned of the arrest of Monsignor Rolando José Álvarez Lagos, Bishop of Matagalpa, along with other persons, including priests, seminarians and lay people. It is a very dangerous act, it does not leave us insensitive and leads us to focus our attention on what is happening to these fellow believers.

See also  Those variants that come from Africa: "vaccinate them to save us"

The circumstances and context of these arrests raise particular concerns not only because they target Christians who are prohibited from the legitimate practice of their beliefs, but because they are included at a time when the most basic human rights appear to be seriously threatened.

For this we join the demands of the international community, which also found a voice in the recent statements of the Secretary-General of the United Nations, Antonio Guterres. We therefore ask political leaders to ensure freedom of worship and opinion not only for members of the Catholic Church, but for all citizens.

To you, to our faithful in the episcopate, to all believers and all dear citizens of Nicaragua, we assure you of our prayers and our constant concern for the events that concern them at this moment of special suffering.
brotherly