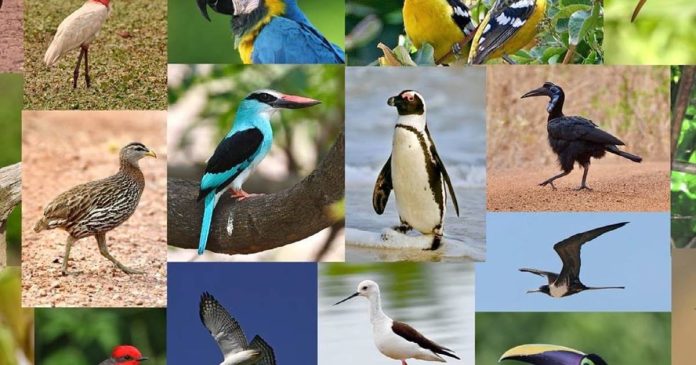 A new database called AVONET contains measurements of more than 90,000 individual birds from 11,000 bird species, allowing theories to be tested and helping to conserve them.

AVONET was compiled by a team of international researchers, led by Dr Joseph Tobias, from the Department of Life Sciences at Silwood Park at Imperial College London. In a special issue of Ecology Letters, he and researchers from around the world present the first iteration of the full AVONET database and some preliminary findings using the data.

For each individual bird included in the database, nine ‘morphological’ traits related to the physical aspects of their bodies were measured: four beak measurements and three wing measurements, tail length and heel bone (lower tibia) length measurements. AVONET also includes body mass and hand index, which is calculated from three measurements of the wing to give an estimate of flight efficiency and thus the species’ ability to spread or move across the landscape.

The final version contains measurements of 90,020 individual birds with an average of about nine individuals per species.

These measurements have been shown to correlate with important ecological characteristics of the species, including what they eat and how they feed. Previous studies have often used fairly broad categories, such as habitat, life history, or primate food species, but these categories can be primitive and relatively uniform across species. Some studies have included estimates of body size, but the relationship between body size and environmental function is clearly relatively weak. For example, hawks and ducks have similar body masses, but this says very little about their role in the ecosystem.

Measurements of beaks, wings and legs provide richer information, for example about where species are in the local food web, how they move, and how far they travel. Combinations of these traits can predict key functional characteristics of a bird species, such as their precise diet and foraging behaviour, much more accurately than body mass alone.

AVONET is the product of a set of different bird trait datasets joining forces to integrate their work. Completing this first iteration, AVONET 1.0, is an international effort, with expertise and vital data contributed by 115 authors at 106 institutions in 30 countries.

Most of the measurements were taken from museum samples, notably at the Natural History Museum in London and the American Museum of Natural History in New York, with smaller samples from 76 other groups.

As Tobias explained in a statement, the data has been a great tool for testing the “rules” of evolution: patterns of evolution that seem pervasive, but remain controversial for one reason or another.

“For example, we use it to test the ‘island rule’, where animals that live on islands tend to evolve into giants or pygmies relative to their mainland ancestors. We found that this particular ‘rule’ explains how animal body evolution varies across land.”