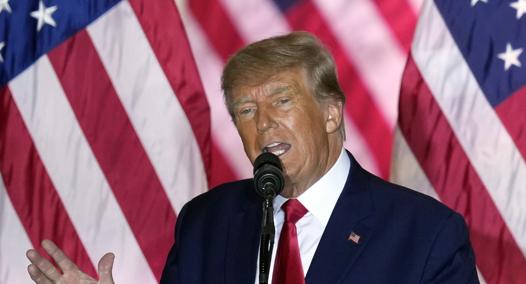 The company of the former US president has developed a system that allows its top managers to evade taxes. The ruling will have serious implications for the family’s image

The Trump Organization was convicted of tax fraud in a Manhattan court. Former US President Donald Trump’s company has been accused of masterminding a scheme to allow its top managers to evade taxes on a range of benefits they received, such as housing and luxury cars.

The guilty verdict came after two days of deliberation, at the conclusion of a three-year investigation. Allen Weisselberg, chief financial officer of the money-laden holding company, pleaded guilty to masterminding the tax evasion scheme, which was implemented over a period of 15 years, and was sentenced to 5 months in prison.

Following today’s ruling, the Trump Organization could be fined up to $1.6 million. Former President Trump described the measures as a witch hunt by his Democratic political opponents. He and his sons were not in the dock, but it was a ruling that would have serious implications for the image of the entire family and for the company’s relations with banks and lending institutions.

See also  Afghanistan 'flogged by the Taliban because we have jeans'

‘Reelected for avalanche…’ Trump revelations that made Biden shudder