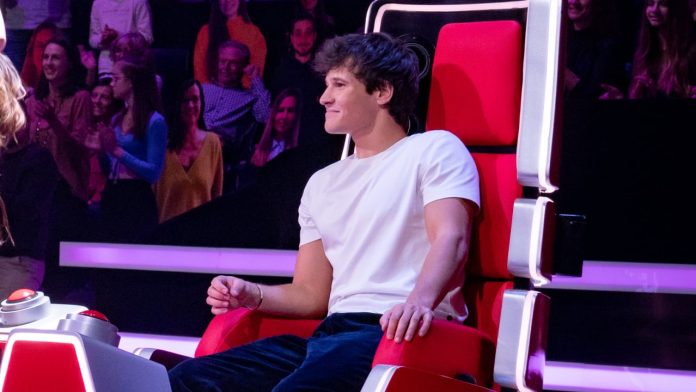 This has not happened to any coach yet…

Friday night, a small incident on “The Voice Kids” caused big laughs. In the middle of the show, the cell phone of a teenager, Wincent Weiss (29), rang. On the other end of the line: His mother!

Everything happened after the performance of the young talent Alina (8). The student had just inspired everyone with “Part of My Heart” by Mannheim musician Jonathan Zelter (35). Alina’s bell-like voice particularly affected Wincent. Simultaneously with Lena Meyer-Landrut (30), the bell rang. Fantas and Alvaro Soler, 31, also wanted the 8-year-old to join their squad.

Wincent Weiss put a lot of effort into the battle for the young voice prodigy. He praised Alina’s presentation of the highest tones. “It is unbelievable that you came here and fill this stage in your sweet way.” When the candidate told the coaches that she loves to skate, the singer pulled an ace out of his sleeve.

He gives a skateboard to each talent he chooses for his blind audition team. As a precaution, Alina asked, “Shall we walk around the studio together?” Then it happened! What Wincent Weiss didn’t notice was that as he got off the bus seat, his cell phone fell out of his back pocket and landed on the seat. Seconds later, it started ringing loudly.

The juror turned around in shock: “Oh my God, I just got called up!” Colleague Lina quickly answered and took the call. The singer was amazed who she had on the line. “Your mother! Showdown time.”

I explained to the caller: “We are recording now, unfortunately your son has not turned off his cell phone.”

Wincent was very embarrassed about the number. He had to say to his mom, “Mom, I’m sorry. Stupid moment.”

She called me quickly and wished the young candidate good luck. By the way, in the end Alina chose the Lena team.

See also  "Goodbye Germany": repetition on the Internet and on TV