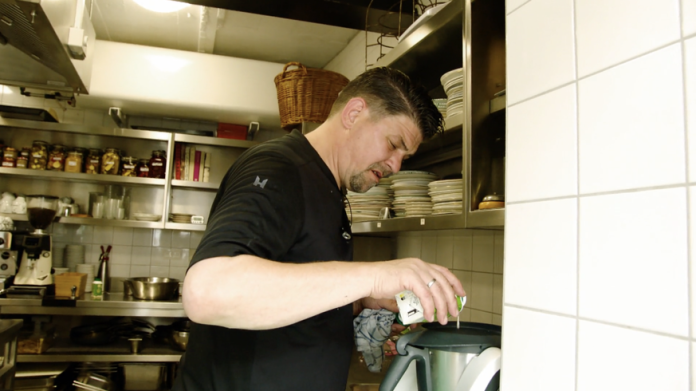 Tim Malzer is upset with himself in The Impossible Kitchen.Photo: Vox

TV chef Tim Mälzer is known for his big mouth and great self-confidence. With “The Impossible Kitchen” the latter collapsed like a biscuit before the eyes of the spectators on Sunday evening. the reason: To his surprise, the tasks of competitor Alain Weissgerber pushed Malzer to his limits. But the challenges the TV chef chose versus Weissgerber were also tough. In the end, Malzer lost to him with a score of 12 to 12.6 points. But one after another.

Frustrated, Mälzer escapes under the table

Malzer suffered his first bout of despair Sunday during a guest appearance in the kitchen of Weissgerber’s sister-in-law, Stephanie Chip-Isselbock. In the rooms of a family winery on Lake Neusiedl in Austria, a professional must cook a “Pannonian fish soup”. There should also be fish dumplings and crispy fish skin. 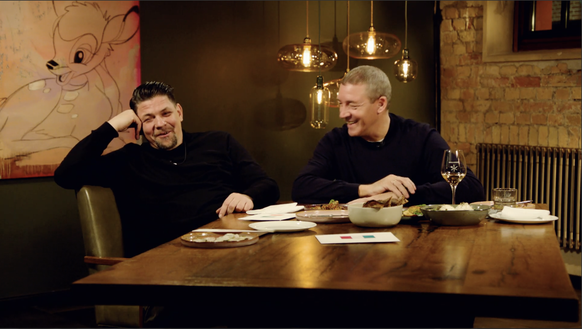 Malzer and Weissgerber take a look at their assignments.Photo: Vox

“My exact style, finally a dish in which I can say: This is cooking!” Mälzer was happy to try it. And in the kitchen, too, everything was going smoothly at first. “Very good, very good!” At first he heard him screaming excitedly about his work. However, that enthusiasm quickly and rapidly faded away. The reason: the dumplings made with farce fish did not want to work. Instead of individual fish balls, Malzer served a “large porridge and doughy plate”.

He had no choice but to start over. “Cook, pig!” , the TV chef screamed desperately in the direction of fate during the second attempt. Unfortunately, that didn’t help much. Addressing the home chef, he advised with growing frustration: “Send your children to bed, they must not hear this language!” In fact, at the end of the evening, Mälzer scored 7.5 out of ten points for his version of fish soup. For he did not know that, as soon as the work was done, he lay under a table in the yard, out of great frustration and insults:

See also  Cult show "Go all out!" is back

“What kind of an asshole am I? Piece of bullshit – I hate myself now!”

Malzer escaped from the kitchen in his second location after finishing work. In Kildare, Ireland, rapeseed ice cream with sea buckthorn jelly and pumpkin seeds was supposed to make caramel biscuits at star-winning restaurant Aimsir. “This is a meaningless provocation,” he said angrily, given the fact that the pumpkin seeds had to be cut in half by hand. He also cursed: “Now we are slowly coming to the filled chives tube.”

Arriving in the kitchen, he simply refused to cut the pumpkin seeds in half and decided instead: “I’ll make a fortune on it.” Then the problem unexpectedly turned into the preparation of caramel.

“It’s really driving me crazy!” Malzer cursed and forgot the ice cream in the fridge in Caramel Waterloo’s face. The end of the song was a painting that vaguely resembled the original. “You’ve already gotten some nice shit,” Mälzer commented and ran outside. “Is that embarrassing, I was really shocked!” The jury awarded 4.5 out of ten points.

The jury of the cannibal that Weissgerber had to face in Ascoli Piceno, Italy, was even tougher. He was there to prepare the local specialty Asculan olive oil and Zuppa Inglese biscuit cream dessert at Migliori Restaurant. 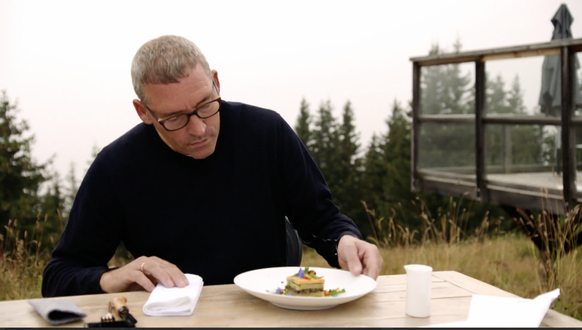 Dessert posed a particular challenge to the experienced chef. This was also due to the fact that Mälzer only offered him this part of the task at the last moment – that is, while he was already cooking the main course. In the end, he wasn’t really able to convince the people who took the experience with his hastily-purchased chocolate pudding powder cream. Although his olives were good, he only got 4.1 points overall.

See also  Top Chef: Netizens express their sadness after the announcement of the dismissal of Michel Saran

Ultimately, Weissgerber won by working in the kitchen of superstar French chef Emmanuel Renaut. “Bravo, killer, blatant!” Even Mälzer had to admit to looking at my two prepared vegetable rolls right away. Give the test eaters 8.5 proud points!

Satire even in troubled times: The Hot Show (ZDF) raged on “toxic masculinity” and Putin’s state of mind, marveled at the unexpected surprise of historic proportions for a shattered club and swayed to the rhythm of peace in the new script’s robe.

“A lot went crazy during the lockdown: Nina, Wendler. Why wouldn’t Vladimir do too?” In the first “Hot Show” (ZDF) after the Russian invasion of Ukraine – Before sitting rough with the Russian president, he “faced Botox with a superpower complex.”