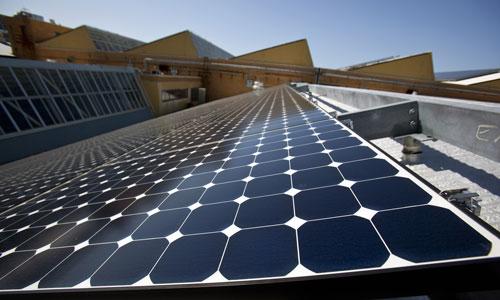 TotalEnergies operates the largest solar photovoltaic (PV) plant in France, with a capacity of 55 megawatts (MW). This power plant, located northeast of Jin (Loarte), consists of 126,000 photovoltaic panels installed on 75 hectares of land. This installation will produce about 64 gigawatt-hours per year, which is equivalent to the annual electricity consumption of 38,000 people, and will prevent the release of more than 550 thousand tons of carbon dioxide into the atmosphere over the life of the plant.

This photovoltaic project is part of a responsible approach aimed at the sustainable development of renewable energies in France. As such, this project includes:

– Crowdfunding: In order to engage the local population and share the value generated by these projects with the regions, the factory was the subject of a crowdfunding of €2,200,000, in which 212 residents of Loiret and neighboring departments were largely involved.

– A plan to protect biodiversity: The company has put in place the necessary measures to conserve biodiversity in the area, in particular by establishing shelters for bats and building a pond to promote the reproduction of amphibians.

Throughout its 30 years of operation, this plant will be locally operated and maintained by TotalEnergies teams.

In addition, TotalEnergies won 51 megawatts of solar projects in mid-November during the Energy Regulatory Authority’s 10th Call for Tenders (CRE4). The eight winning projects will be commissioned by the end of 2023, then operated and maintained by TotalEnergies teams, which are set to grow its local workforce. Over the last 10 bidding periods, TotalEnergies has won 707MW of CRE solar projects, placing it second among all developers in France.

See also  How much will Starlink, Musk's Internet, cost in Mexico? - Finance