Persia Digest
Home Economy The bets of this election that will determine the succession of Angela... 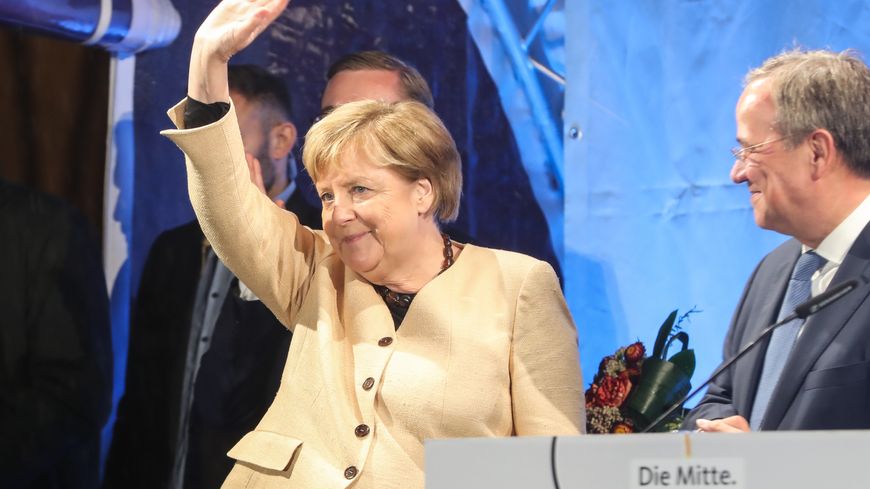 Polling stations opened Sunday morning in Germany. And 60.4 million voters have until six in the evening to elect their representatives. About 40% of voters said they were still hesitating a few days earlier Decisive vote for Europe’s largest economy. These elections will indeed shape a post-Merkel Germany. The chancellor will leave the chancellery after sixteen years in power. Social Democrats and conservatives are fighting over this succession.

The Social Democrats, led by current Finance Minister Olaf Scholz, are slightly ahead, with 25%, and the Conservatives, Armin Laschet, with a score of 22 to 23%, a historically low score, according to final opinion polls. The prognosis is made more complicated by taking into account the postal vote favored by many voters, including Angela Merkel. The stakes of this German legislative elections, inVery uncertain result, important for the country and Europe.

Angela Merkel has ruled Europe’s leading economic power since 2005. At 67 years old, she is no longer running after four terms and 16 years in office. Angela Merkel announced her intentions in October 2018, after an election setback by her party in the regional state of Hesse. Nor does she intend to start a career in European or international institutions. Under his rule, Germany was synonymous with predictability in Europe. That could change after the poll, which promises a collapse of votes and A three-party government is inherently unstable, to drive the leading European economy.

Will the left succeed in seizing the chancellery?

In light of the latest opinion polls, the chancellor’s conservative camp risks eliminating its worst result since the founding of modern Germany in 1949, at around 23%, up from 32.8% in 2017. Suddenly, Conservatives may lose the chancellery And even to recede into the opposition for the first time since 2005. The Social Democrats are placed ahead of the Christian Democrats – albeit by a narrow margin – in the latest polls and their dream of running government, for the first time since Gerhard Schröder. While they were executed a year ago.

What is the outcome for the far right?

Having become, in the previous elections in 2017, the first opposition force in the House of Representatives, to overcome the fears of a part of the public in the face of the arrival of hundreds of thousands of immigrants, The far right of the Alternative for Germany (AFD) appears to be stabilizingTo about 11% of voting intentions. As immigration has been less successful, it has attempted to reposition itself as a defender of “liberties” in the face of the restrictions of the fight against COVID-19. His degree will be closely followed.

Environmentalists and liberals in government?

Both environmentalists, who are credited with about 16%, and the right-wing Liberal Party (FDP), with around 11%, could find themselves in a position “Kingmaker” in a future coalition government. However, multiple majority groups should be possible in a future parliament, ranging from a purely leftist coalition to a right-leaning government. All this bodes well for difficult negotiations to form the next government. Germany’s partners fear a prolonged period of stagnation, at a time when Europe fears geopolitical marginalization.

The final government file will have Significant influence on the future international policy of Germany, even if the three major parties campaigned in the middle. The country will be more inclined to fiscal solidarity in Europe with a government dominated by the Social Democrats and the Greens than the Conservatives and Liberals. The latter are more suitable for military missions abroad than the left. Germany could experience a phase of tensions with NATO if a government comprising the radical left of Die Linke, which promotes the dismantling of the Atlantic alliance, emerges.

See also  BTS unleashed euphoria in Mexico: this is how their fans packed a place in Nuevo Leon to try their roster

L ‘The development of the French-German couple, who had occasional hiccups during Angela Merkel’s tenure, would rely on the final equation as well. What’s more, the French will also go to the polls in April 2022.
With the arrival of a new government, “we expect Germany to be an even more important force for proposals at the European level,” stresses Paul Morris, of the Franco-German Studies Committee at the International Institute for Food Policy Research.

to listen again
3 surprising things about elections in Germany