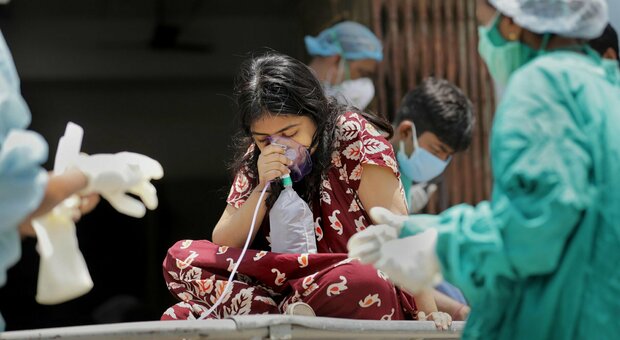 Indian variant of Corona Virus Captured for the first time in SwitzerlandAfter it had already appeared in Great Britain and Belgium. The case involved a passenger who was on his way to a Swiss airport. This announcement was made public on social media by the Federal Office of Public Health and was immediately picked up by global media. The ban on flights to the Asian country is now being assessed as other European countries have already done. India has been the world’s record-breaking country for the number of infections for a few days. On Friday, 330,000 new infections were reported, and the health system is in full swing. Hospitals lack equipment and oxygen. The number of deaths jumped in the past twenty-four hours to 2,263, a figure never seen before. Total emergency is also in the capital, New Delhi. According to experts, the decline in Evebnti is due to the Indian variant, which is more aggressive than others.

It is forbidden to re-open in the yellow area in the bars and local consumption at the counter. Directors: “serious harm”

The first case of the Indian Covid virus was found in Switzerland: Health Authority (AFP) pic.twitter.com/0y3sIqSGnF

India, what is really happening

Hospitals in India are sounding the alarm. Covid patients are still dying from hypoxia, while the country recorded a record number of new cases and deaths for the third day in a row. In the past three days, nearly a million new infections were reported. The situation is especially dangerous in the Delhi region. At Jaipur Gold Hospital, 20 people died overnight due to lack of oxygen, while at Holy Family Hospital, intensive care units were depleted. “Nearly all hospitals are at their limits – when the oxygen runs out, there isn’t much to do for many patients,” Sumit Ray, a doctor working at the facility, told the BBC. Overnight, Moolchand Hospital, with 135 covid patients on life support machines, issued a distress, claiming they still had the equivalent of only 30 minutes of oxygen supply, and hospital medical director Madhu Handa told NDTV station, “We have hired all the staff. Al-Lili to ensure that the largest possible number of lives can be saved, “adding that all medical facilities in the area are in a similar condition.

What is happening in Europe

In Belgium, 21 Indian students who arrived via Paris Roissy Airport in mid-April tested positive for the variant and were placed in quarantine. According to several experts, they could be victims of a “severe polluter”, possibly within their group, while traveling by bus from the Paris region to Belgium. Great Britain, Canada, Singapore and the United Arab Emirates banned flights from India. India, a major vaccine manufacturer, has begun a vaccination campaign, but only a small percentage of its 1.39 billion people have received a dose.

Covid India, an oxygen cylinder explosion in a ward for Coronavirus patients: 22 dead