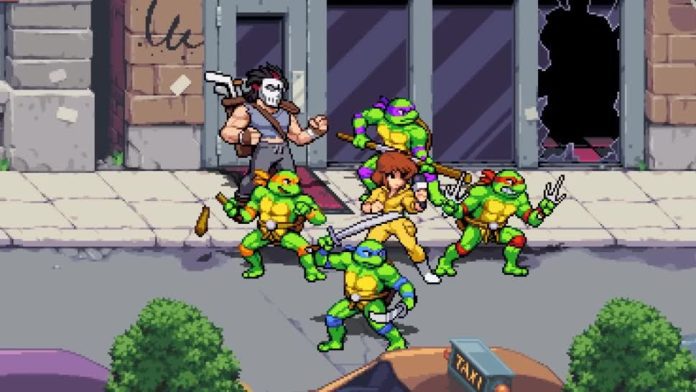 At Summer Game Fest yesterday, developer Dotemu received some good news for all Teenage Mutant Ninja Turtles fans: in a brand new trailer, there was not only another playable character, but also impressions from multiplayer for up to six players. The exact release date has now also been set – there are only a few days left. Teenage Mutant Ninja Turtles: Shredder’s Revenge is a new pixelated hit game that features not only the four battle turtles Leonardo, Michelangelo, Donatello and Raphael, but also their master Splinter and intrepid reporter April O’Neil battling Shredder’s henchmen. The latest trailer is now starring Casey Jones as a playable character who hits foot soldiers with a hockey stick.

Although there are seven playable characters in Shredder’s Revenge, “only” six of them can participate in multiplayer at the same time. So that it does not become boring, the number of opponents is automatically adjusted to the number of players.

It won’t be long until the game launches, because TMNT Shredder’s Revenge will release on June 16, 2022 for PC, PlayStation 4, PlayStation 5, Xbox One, Xbox Series X/S and Nintendo Switch. The game is also included in Xbox Game Pass.

There are supermassive black holes roaming the universe