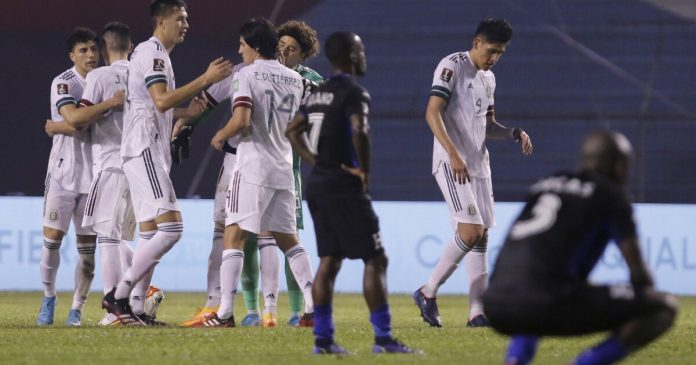 Mexico’s assistant coach, Jorge Teller, said that Alteri had taken an important step in the CONCACAF qualifiers, but another step was needed to advance to the 2022 World Cup in Qatar.

Mexico clung to third place in the CONCACAF octagon and El Salvador’s loss at Estadio Azteca in recent history combined with Costa Rica’s victory over the United States could finish third in a tie, which is highly unlikely.

“We thought it was going to be what it was: a very tough match like every qualifying match,” said Teller, who replaced Gerardo Martino after he was recovering from a dislocated retina.

“In football, when you have peace of mind, it’s not good,” Teller said when asked after the game if El Tree was feeling calm after Sunday’s win. “Until the last date of the qualifiers, it has not been decided who will go to the World Cup.”

But the standings table says otherwise, with Canada already securing a pass for the day after a 4-0 win over Jamaica, while the US thrashed Panama and will now travel to Costa Rica on Tuesday’s deadline with the ticket virtually secured.

Panama were eliminated on Sunday after winning the US, and Costa Rica secured a fourth place in the octagon.

Martino is expected to return to the bench for Tuesday’s match when Mexico host El Salvador at the Azteca Stadium.