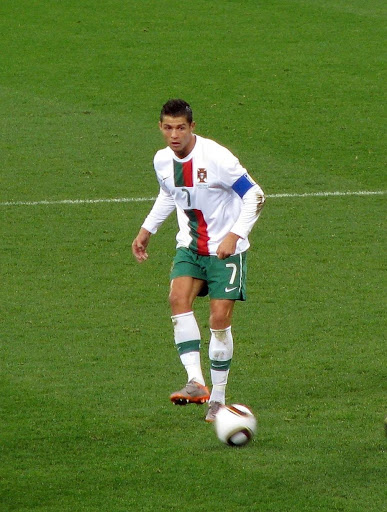 Renamed and restructured to the current format in 1992, the UEFA Champions League is the highest competition in European Club football. Several clubs and extraordinary players have graced the competition, with each team striving to win the title, each player competing to be a recipient of the various awards of excellence in the competition – top goal scorer (the golden boot award), the best keeper (golden glove), the player with the highest number of assists, among other awards.

The 2020/21 season saw Chelsea Football Club clinch the Champions League title, winning by a lone goal scored by Kai Harvetz in the final match against Manchester City side. With Wonderkid Erling Braut Haaland scoring 10 goals to be crowned the golden boot winner despite his team getting eliminated in the competition’s quarter-final stage.

As it stands, Cristiano Ronaldo leads the chart for the top scorers in the competition’s history, accruing a total of 134 goals with probably more coming in before the end of the 2021/2022 season. Other players on the chart include the likes of Lionel Messi, Raul Gonzalez, Thierry Henry, and many other spectacular football talents.

Below are the top five all-time goal scorers in the competition in descending order.

Ronaldo is the highest goal scorer of all time in the history of the UEFA Champions League, scoring his first Champions League goal for Manchester United after a 26 matches drought. His drought could have resulted from not being an out-and-out striker at the time.

The Portuguese attained the feat of being the first player to rack up 100 Champions League goals against the great Bayern Munich while playing for Real Madrid. Before the match, Ronaldo was on 97 goals, and he proceeded to score a hat-trick to help Real Madrid trump Bayern in the second-leg tie of the quarter-final tie. At the time of writing, Cristiano Ronaldo currently has 140 goals in 181 Champions League appearances, scoring in four different finals.

Since he arrived in Paris, Messi has scored additional 5 UCL goals, taking his tally to 125. He also holds the record of scoring in 17 consecutive UEFA Champions League campaigns – a record he shares with Benzema. After Ronaldo, Messi is the second player to reach a century goal in the Champions League, being the top scorer in the competition for 6 times, sharing the golden boot award with Ronaldo and Neymar in the 2014/15 campaign.

The best FIFA Men’s player for 2020 and 2022 is a fine striker who has won many personal awards for both club and country. With Bayern Munich winning the Champions League in 2020, Lewandowski was rated the best player of the tournament and the best player in Europe.

The prolific striker currently holds the third position in the ranking, after scoring 82 goals scored for Borussia Dortmund and Bayern Munich since 2011. He is currently considered one of the best strikers ever to grace the world of football and the Champions League. He is one of the most successful Polish and Bundesliga players. 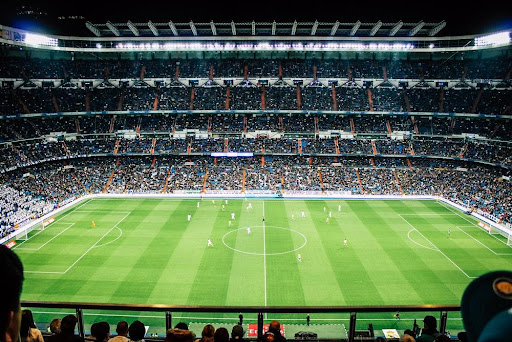 The 34 years old French man is a professional striker who plays for Real Madrid. He is known for his finishing and playmaking abilities. Having accrued 76 Champions League goals for Lyon and Real Madrid and winning four Champions League titles in the process, Benzema is the fourth all-time top goal scorer in the competition.

He made his official UCL debut in Lyon’s group stage match against Rosenborg. Benzema scored in his debut for Real Madrid against Manchester City in a 3-2 win at the Santiago Bernabeu on the 24th of July 2015. Benzema also shares the record of scoring in 17 consecutive Champions League campaigns with Lionel Messi.

Real Madrid and Spain legend Raul is a well-decorated player who featured in the Champions League for many seasons and won the title on three occasions. He previously held the all-time scoring record in the competition’s history until he was usurped.

He captained Real Madrid in the UCL for several years and scored in two UEFA Champions League finals. He currently ranks fifth in the charts of the all-time goal scorers in the Champions League with 71 goals to his name. He also won the golden boot award in the competition during the 1999/2000 and 2000/01 editions, scoring 10 and 7 goals.

Other players in the ranking include; Ruud van Nistelrooy with 60 goals, Andriy Shevchenko with 59 goals, Thierry Henry with 51 goals, and Filippo Inzaghi and Thomas Müller with 50 goals each.

Catching up with the likes of Ronaldo and Messi is going to be an arduous task for any player, but then the challenge is up for whoever wants it.