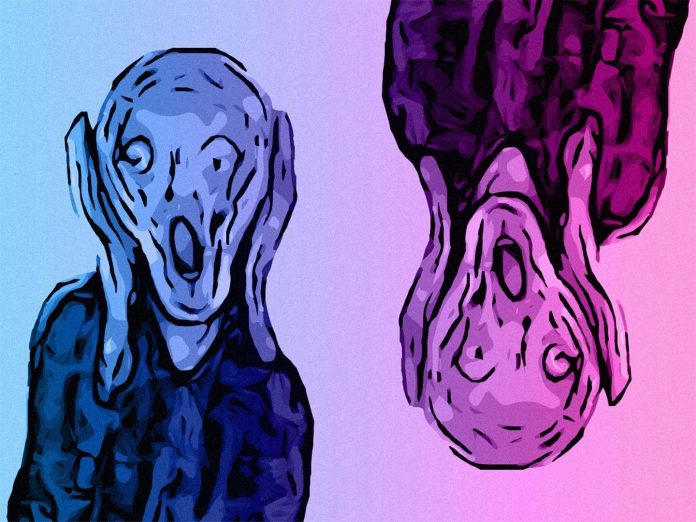 A facial expression or the sound of a voice can tell a lot about a person’s emotional state; And how much you reveal it depends on the intensity of the feeling. But is it really true that the stronger the feelings, the more pronounced they are? An international research team composed of scientists from the Max Planck Institute for Experimental Aesthetics, New York University, and the Max Planck Center for Language, Music, and Emotion (CLaME) has discovered a paradoxical relationship between the intensity of emotional expressions and how they are perceived.

Feelings vary in intensity. A person attacked by a domestic cat may feel frightened; But surely their fear would be greater if they were attacked by a lion or a tiger. So our emotions differ in terms of degrees of strength. But how does this affect our ability to infer meaning from how we express feelings? Research on emotion thus far has assumed that expressions of feelings become more pronounced with increasing intensity. But there is little empirical evidence to support this seemingly intuitive idea.

The team came to a surprising conclusion: Initially, as the intensity of emotions increased, participants’ ability to judge them also improved, and they achieved a kind of “beautiful point” in perceiving moderate to strong emotions. When the feelings became too intense, their clarity decreased dramatically. Lead author Natalie Holz of the Max Planck Institute for Experimental Aesthetics explains:

“Unexpectedly, we found that very intense emotions are not the easiest to infer meaning. In fact, they are the most ambiguous of all.”

And what is the paradox? For very intense emotions, neither their individual categories, such as surprise and triumph, nor valences, such as pleasure and hatred, can be reliably distinguished; It cannot be categorized as more positive or negative. However, both the intensity itself and the state of excitement were perceived consistently and clearly. Holes suggests a reason for this:

“At the height of intensity, the most important function may be to detect significant events and assess relevance. A more accurate evaluation of emotional meaning may be secondary.”

The research team’s article just published in the journal Scientific Reports, shows that emotional intensity is the dominant factor in the perception of emotion, but in a much more complex way than previously thought. This poses a challenge to mainstream theories of emotion. The study of emotional intensity, and feelings of climax in particular, can enrich our understanding of emotional experience and how feelings are communicated.

Presented by the Max Planck Society

the quote: Understanding Feelings: When Less Is More (2021, June 2) Retrieved on June 2, 2021 from https://medicalxpress.com/news/2021-06-understanding-feelings-when-less-is.html