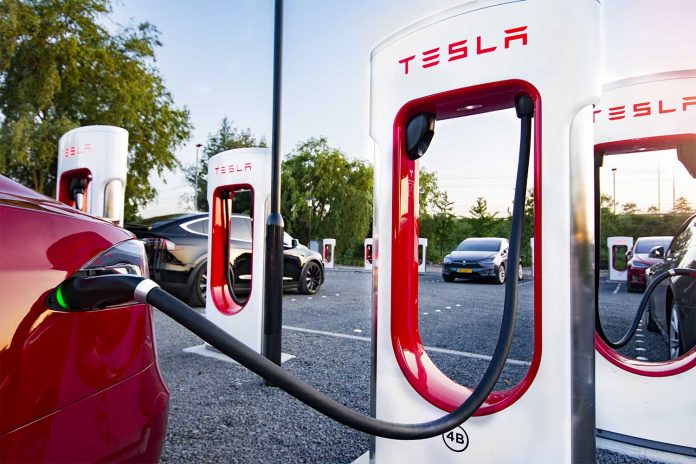 Elon Musk confirmed a few days ago that opening Tesla’s supercharger to other manufacturers could allow the California group to generate hundreds of millions of dollars in additional revenue each year.

Now reserved for Tesla electric cars only, it should open the supercharger to other manufacturers by the end of the year. If the ad causes a stir in the community, it could allow Tesla to generate significant additional income. Turnover rate Goldman Sachs tried to evaluate.

Taking into account the 25,000 superchargers deployed by the brand all over the world, the investment bank put together different scenarios. In its base scenario, with 5 recharges per supercharger per day, Goldman Sachs expects revenue of $479 million annually. This estimate could be revised upwards if Tesla decides to charge owners of other brands more (and it probably will).

In a more optimistic scenario, which predicts a network of 500,000 superchargers with a high level of attendance, the organization estimates that Tesla could generate more than 25 billion in revenue through its recharge business. For comparison, the manufacturer generated $31.5 billion in sales for 2020. 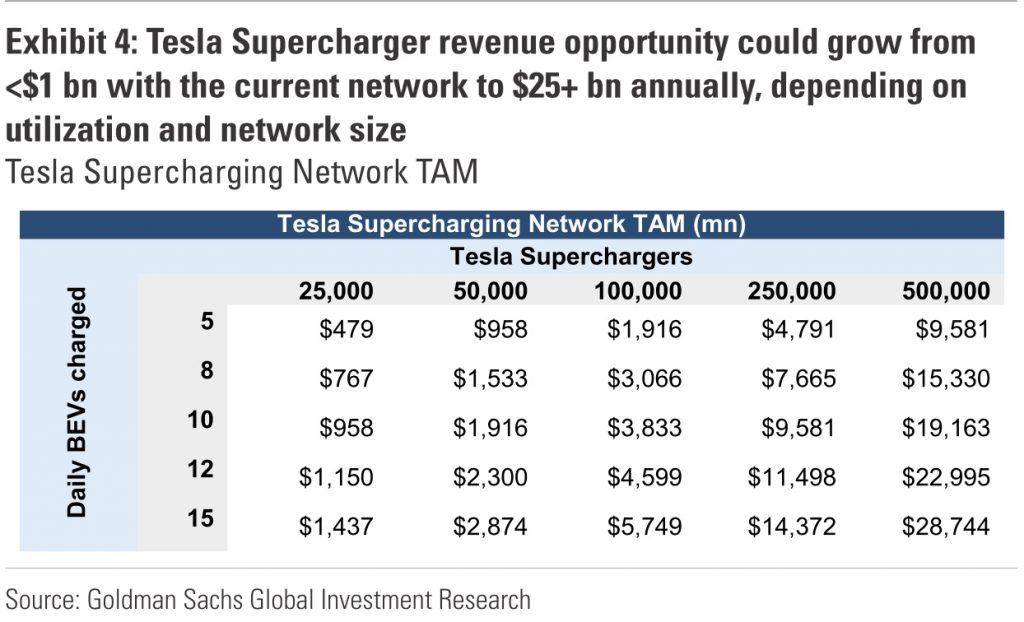 What are the ‘cleaner’ car manufacturers in Europe in 2021?

Guerra municipality has become a center for solar energy production