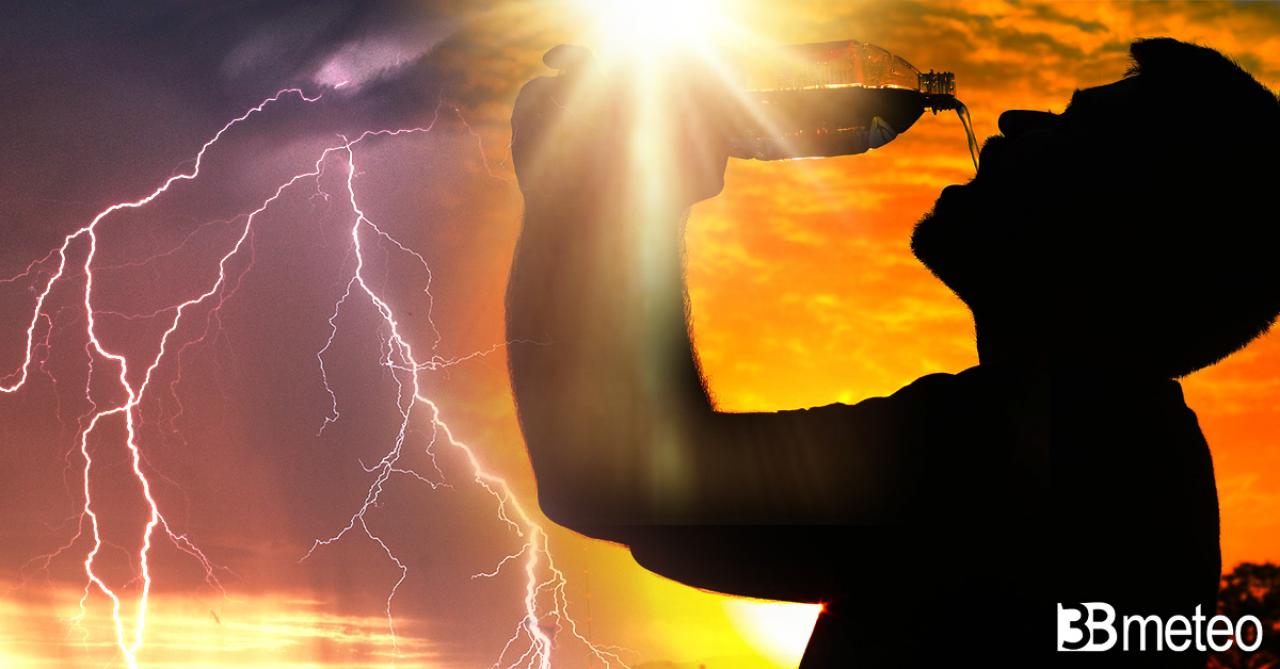 Update at 4 pm, over 40 degrees in Spain. The temperature peaked during the afternoon and in Spain exceeded 40 degrees Celsius. In Andujar, in Andalusia at an altitude of 200 meters above sea level, the column reached a height 41.2 °C, at Córdoba at 38.9 °C. Temperatures are also rising in central and southern France, with the temperature reaching 33.9 degrees Celsius in Strasbourg, a value that could be a record for the month of May.

Violent crossings between France, Belgium, the Netherlands and Germany. At the same time, a storm line crosses parts of central and northern Europe, bringing rain and thunderstorms, even violent, accompanied by hail and gusts of wind. In the morning, it hit northwestern France, between Brittany and Pays de la Loire.

Update at 9 am. It is Europe that seems to have been literally split in two for the past few days, simultaneously affected by Wet and unstable southwest currents flow Slip on the central states and from Great subtropical cyclone In the southwestern regions of the continent. In one case, the unstable flow moves along the upper circumference of the anticyclone, bypassing Northern France, Germany, Belgium, the Netherlands and Denmark with severe thunderstorms, hail, storms and local cyclones. Between Wednesday and Thursday, the detectors registered until 50,000 lightning strikes between Belgium and the Netherlands And hailstones, up to two centimeters in diameter, with the consequent damage to agriculture. Brussels was also involved in a violent hailstorm on Thursday.

Today, Friday, Central Europe finds itself struggling once again as at least two storms pass. One from northern France in crossing over the country of the Loire and Normandy, Oriented towards Ile-de-France and the capital, Paris. As the hours pass by this It will intensify the faster you move towards the eastto involve Belgium and the Netherlands again, but also northern Germany, with Even violent thunderstorms. Another storm system operates in the heart of Germany, between northern Bavaria and Thuringia and generates extreme events at times, even if they are set to diminish over time.

Meanwhile, Southwest Europe is grappling with Severe heat wave of North African origin This caused the mercury to rise to very high values ​​during this period. On Thursday, temperatures were approaching 40 degrees Celsius in some areas of Andalusia, with peaks 39 ° C in Granada and Cordoba Today, higher peaks are expected, with Possibly up to 40°C In the same locations, but also in Seville. It is very hot even at night, that the minimum did not fall below 23 ° C, even if during the weekend the exceptional heat was subjected to a certain drop in the Iberian sector.

Great heat in France, with a peak of 35 ° C on Wednesday in Cap Ferret, in the Landes of Gascony Regional Natural Park, overlooking the Atlantic Ocean, on Thursday 33 ° C in Strasbourg in Alsace. Even the nights are very hot during this period, to the point that In Paris on Thursday, the temperature did not fall below 20 degrees Celsius, a value that is probably a record for the month of May, with 10 °C above average. Very hot in Belgium with the first 30°C of the year on Thursday (31°C in Klein-Brogel, 30°C in Diebenbeek).