Persia Digest
Home science Where Does Solar Energy Come From? A Complete Guide 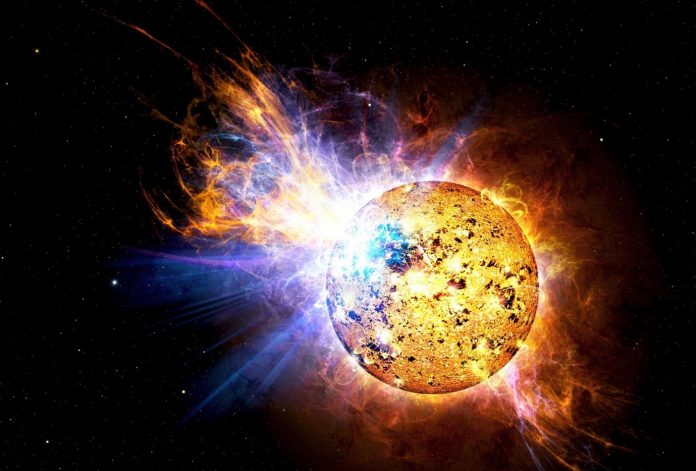 Did you know that light travels 90 million miles from the sun to the Earth in less than ten minutes?

The sun, our solar system’s star, continuously sends energy to Earth. More energy from the sun falls on Earth in only two hours than all people use in a year. With technology today, we are now better able to harness this massive quantity of energy. It will account for almost half of all renewable energy production in the US in the next decade.

Have you ever wondered where does solar energy come from? Read our comprehensive guide to discover all you need to know.

Where Does Solar Energy Come From?

Solar energy is any energy generated by the sun. The sun’s nuclear fusion produces solar energy.

The sun fuses approximately 620 million tons of hydrogen per second in its center. Solar energy is responsible for warming the Earth, generating our climate, and sustaining plant and animal life. The majority of the heat from the sun is infrared radiation. Ultraviolet radiation,  Gamma rays, and X-rays are the bigger waves produced by the sun.

Solar energy refers to the capture of electromagnetic radiation from the sun. It produces electricity or heat when converted into usable energy. First, let’s look at the different energy types.

Solar power is the electricity produced by the sun. Solar energy may be made in two ways:

Thermal energy is the heat energy from the sun. Solar thermal energy, in its purest form, is the source of energy that maintains the Earth’s temperature at livable levels and gives energy for plants to develop.

We now have many new methods to use this thermal energy, courtesy of advanced technologies:

Desing used in harnessing solar energy, also known as passive solar architecture, leverages a building’s structural elements to heat and cool it. This reduces the need for energy-intensive equipment like HVACs. This technology is known as solar heating and cooling.

You use solar thermal panels to heat water held in a cylinder. A correctly constructed system can satisfy most of a home’s hot water requirements regardless of the outside temperature.

Solar cooking is a simple use of solar technology. Solar ovens are made of a variety of materials and may achieve temperatures of 400°F.

Solar Energy Is a Great Resource!

Consider adding solar panels if you want to save money and, in the process, decrease your carbon impact. Furthermore, most homeowners find that solar energy is more economically viable than depending on their utility provider.

The solar estimate advantage of installing a solar system may save you over $1,000 per year on your energy bill in many areas.

Use Your Solar Power!

See also  A new combo manager has to fix it • Eurogamer.de

Enjoyed this blog? Why not browse our page for similar blog posts!