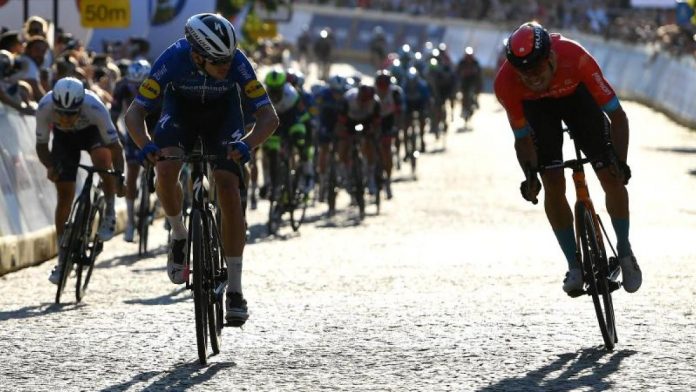 On Monday, 27-year-old Buckletter of Bahrain Victorious took the 216km run from Lublin to Chelm in a sprint ahead of Colombian Alvaro Hodig and France’s Hugo Hofstetter. With its sixth win of the season, the Bauhaus was also able to take the overall lead for the seven-day WorldTour.

The German Bora-hansgrohe team started the race with bad luck. First runner Pascal Ackermann, who switched to Team Emirates from the season-ending Tour de France-winning team Tadej Bougacar, got off the bike during the stage weakened by the cold. Race early. According to a message from his team, initial reports indicate a fracture of the 38-year-old’s arm. A hospital examination should provide accurate information about Burghart’s injury.

The second section leads over 200.8 kilometers from Zamość to Przemyśl on Tuesday. The race will end on Sunday in Krakow.