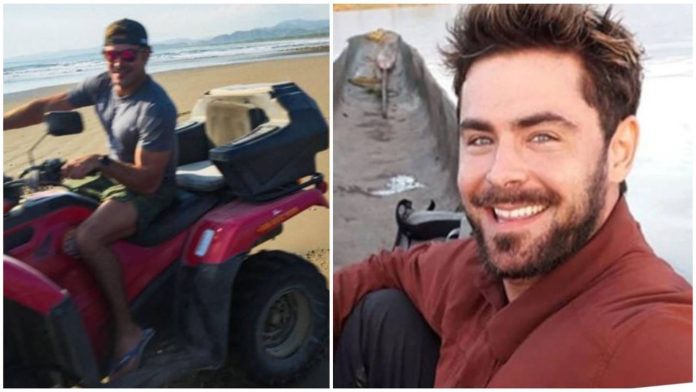 The name Costa Rica is on the list of favorite countries of another celebrity. Regarding his recent visit to the territory of Costa Rica, actor Zac Efron shared with his followers on social networks how much he loves the country.

The Hollywood star posted two photos on her Instagram account, accompanied by the phrase: “My heart is here.”

In one of the photos, the actor is seen on a quad with a beach in the background, while in the second he is seen with his brother Dylan Efron. In fact, the famous brother also posted a picture on his Instagram account, in which each one appears on a quad that is about to compete with each other.

“Last to buy beer,” Dylan wrote in his letter.

Zach’s post has already garnered over 1 million likes. While Dylan goes for 57,000.

The American entered the country on March 12, according to the Directorate of Immigration and Emigration. Apparently, the actor had gone on vacation with some friends in the Santa Teresa area, and Dylan also allowed him to see him in his profile.

This is not the first time the actor has come to the country to enjoy the Costa Rican nature. According to Migración y Extranjería, who was previously a protagonist High School Musical He had arrived in the country at the end of April and beginning of May 2017. On that occasion he was accompanied by his friends, Olympic swimmer Conor Dwyer and model Sean Aubrey, and they stayed at the Villas Manzo hotel located on the peninsula. Papagayo.

Later, in 2018, the former Disney star spent a week on national soil, taking the opportunity to do extreme sports like tumbling down a waterfall, specifically on the Osa Peninsula. At that time, Efron entered the country on October 23 and left on November 3.

On that second visit, in addition to the vacation, the actor recorded a chapter of the documentary series feet on the ground, A Netflix production where the actor shows off the natural beauty of a select group of seven countries he’s visited (including Costa Rica).

To make this series, the actor joined forces with well-being expert Darren Olin, with the goal of knowing and learning more about the healthy and sustainable lifestyles that exist in the world. The third episode in which Efron shows Costa Rica is 36 minutes long. The actor begins the episode by explaining where the country is and what “Pura Vida” means to the Ticos.

In this way, the American joins the list of celebrities who visited the country this first quarter, including Angelina Jolie, Tom Cruise, Emma Roberts, Florence Pugh, Joey King, and most recently Nina Dobrev, among others.

William Levy’s son is surprised that he is identical to the...