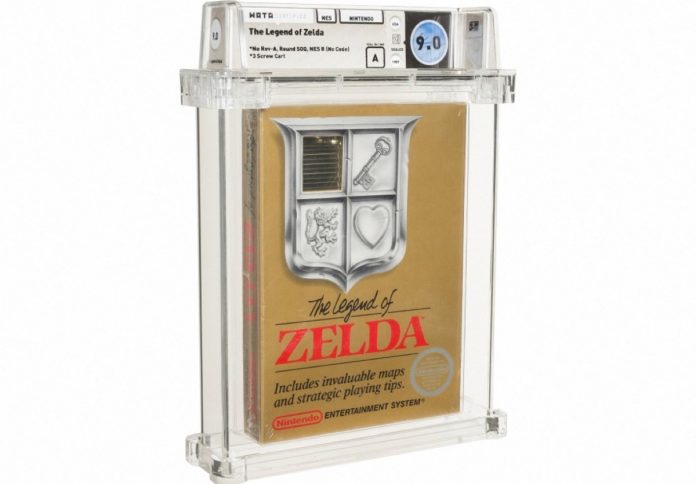 This cartridge was, according to the auction house Heritage Auctions, «the hub» From this partially online sale through Sunday, which includes 443 items, a spokesperson for the Dallas (US)-based company explained.

Dated 1987, the cartridge, the first toy in the cult saga, was still sealed in its original packaging. Auctions Heritage did not inform the identity of the buyer(s).

The auction house claimed this was the “world record for a video game”. Last April, Heritage Auctions organized the sale of the Super Mario Bros. video game cartridge. 1986 year for the Nintendo NES which sold for $660,000 (about €555,000).

The score crosses the April 2021 mark of $660,000 for “Super Mario Bros.” https://t.co/uBcIgn67p2#HeritageAuctions #The Legend of Zelda #NES pic.twitter.com/CPbGxEqw27

A mixture of adventure, action, and exploration set in a fictional world, Zelda is one of the most important titles in video game history and the moto chief of Japanese publisher Nintendo, still in its Switch console catalog.