Persia Digest
Home World 12,532 cases in one day, a record since mid-May 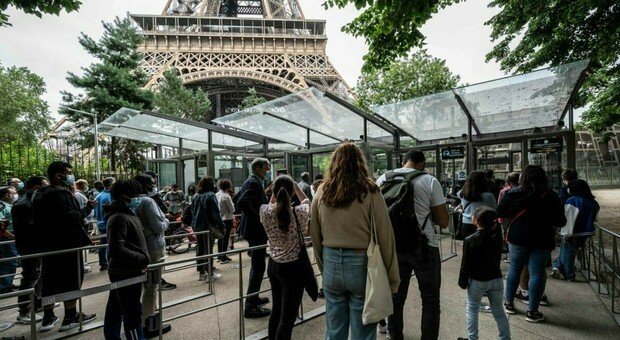 New rise in injuries France. The number of new daily cases of Covid-19, according to data released today by the health authority, jumped to 12,532, the highest number for Sunday since mid-May. The number of deaths is 5, bringing the total deaths since the beginning of the epidemic to 111,551. Government spokesman Gabriel Attal said in an interview published by the newspaper “Le Parisien”: “It is a wake-up call. France is back above the alert threshold with an incidence rate of more than 50 per 100,000 inhabitants. , an increase of 80% in a week, which is unprecedented since the beginning of the crisis.”

The vast majority of these new cases are due to the delta variant. Test positivity rate is 2% versus 1.6% the day before. The pressure on hospitals remains moderate, with 6,936 hospitalizations from Covid-19, up 14 from the day before, when that number fell to its lowest level since October. The same trend is in intensive care services, which now host 891 patients, up one day from the previous day, when that number was at its lowest level since September. According to the Directorate General of Health, vaccines have now reached 45% of the total population, with 30,339,179 people immunized. In addition, 37544,220 people received at least one injection (55.7% of the total population).

Biden was in hospital under sedation – Corriere.it