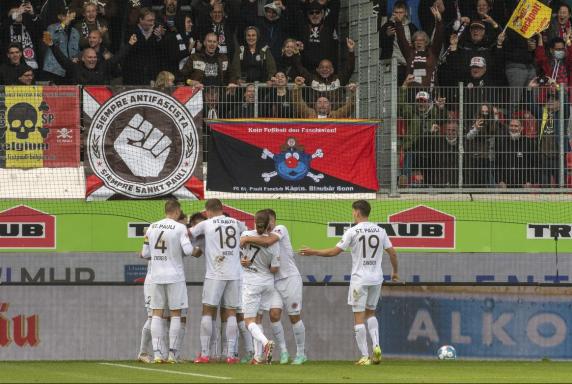 With another distant victory, FC St. Pauli confirmed their lead in the second division. 1. The Hamburg team won after trailing FC Haydenheim 4: 2 (0: 1).

St Bowley turned the game around in the second half with five goals from striker Guido Burgustler (55th / 60th) and Max Didgen (56th). In the eyes of the guests, Ditgen (81st) finished the game. Tobias Moore (4th) gave Heidenheim an early lead, with Tim Clindianst (85th) making it 2: 4. Austrian Burgustler raised his season hit count to nine.

KSC, on the other hand, narrowed the gap to the promotion zone by three points after the previous two games with no wins with goals from Fabian Schleusener (46th) and Philipp Hofmann (67th). Carlsruhe goalkeeper Marius Gersbeck saw a red card after an emergency break (80th). Anthony Barilla (83.) scored the next goal.

Austrian Benedict Fischer (13th) led the way for Kaylers, while Stephen Kutchke (46th) won by a header to equalize.

Could not break from the end of the table with the hinge point. New FCI coach Andre Schubert, who coached Keele, was able to score in his home premiere and take his supporters to the bottom of the table with five points. The Schanzer ended a negative series of four bankruptcies in a row.

M. Pogora and Christina Million executed: their sons as rabbits...