Persia Digest
Home Tech A partial solar eclipse can be enjoyed in our skies on June... 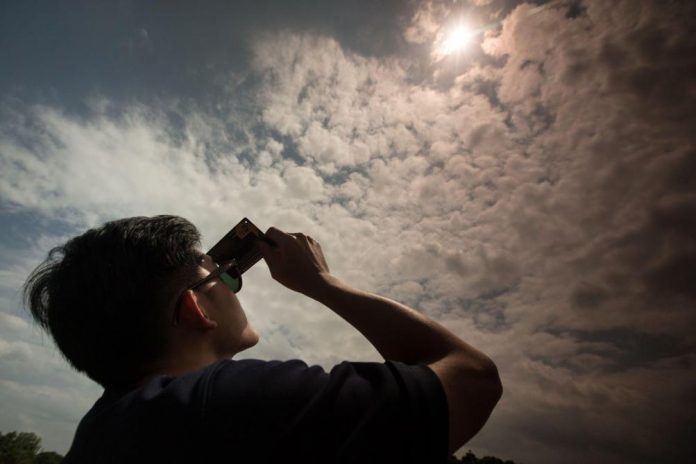 You will need to wear glasses designed to view the eclipse.

yoAn annular solar eclipse – a thin ring of the sun that remains visible around the moon’s black disk – will occur on Thursday, June 10. In Belgium, the celestial phenomenon will be partially visible. Those who want to admire it should wear glasses designed to watch the eclipse to protect their eyes. At 11:17 a.m. Belgian time, the moon and sun will make contact for the first time. The sun will be at an altitude of 50 degrees from east to southeast.

As the sun rises in the sky towards the southeast, the degree of coverage of the eclipse will gradually increase. At 12:19 p.m., the maximum eclipse will occur, covering about 26% of the sun’s diameter, as seen from Brussels. The star will then be at an altitude of 58 degrees. Then the moon gradually disappears in front of the sun. At 1:25 pm, the moon will make its last contact with the sun and the eclipse will disappear.

The phenomenon will be visible in Europe, North America and Asia. In Canada, Greenland, and Russia, a solar eclipse can be observed as an annular eclipse. The point of maximum eclipse will be in Baffin Bay, between northern Canada and Greenland. The sun’s coverage will be the most important there, with the moon covering 97% of the sun’s diameter or 89% of its surface.

Those who wish to observe a solar eclipse will need to protect their eyes with a solar filter. Eclipse glasses remain a simple and safe method. Due to the high demand for these glasses, the Urania Observatory has established a collaboration with the Professional Association of Optometrists and Optometrists in Belgium in order to make them available in 86 optometrists.

Mars: the strangest things found on the red planet