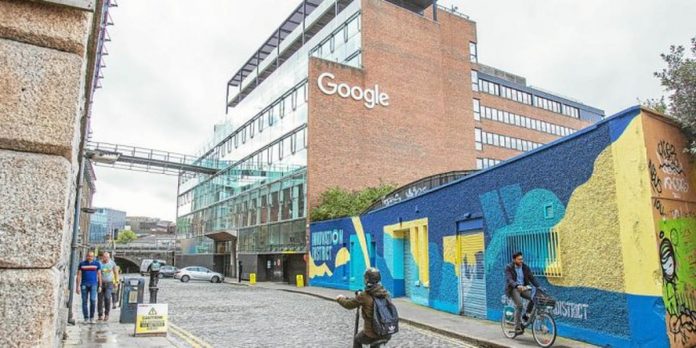 One hundred and thirty-six countries have agreed to impose a minimum tax of 15% on multinational companies, the Organization for Economic Co-operation and Development announced on Friday, after the Ireland, Estonia and Hungary rallies.

“The major reform of the international tax system completed today at the OECD will ensure that a minimum tax of 15% is applied to multinational corporations from 2023,” the OECD said in a statement, and welcomed the “historic” agreement.

These 136 countries, which account for 90% of global GDP, will be able to generate about 150 billion euros in additional revenue thanks to this minimum tax, assures the Organization for Economic Co-operation and Development.

Lowest tax in the world

Kenya, Nigeria and Sri Lanka, which are linked to the negotiations involving 140 countries, are not among the signatories. Pakistan, which was included in the previous list of signatories, is no longer on Friday’s list.

US President Joe Biden asserted in a statement that “imposing a strong global tax floor will finally balance the playing field for workers and taxpayers.” “

French Economy Minister Bruno Le Maire noted a “significant and decisive achievement”, saying he wanted to translate it into legal action during the French presidency of the European Union, in the first half of 2022.

The agreement was welcomed by the International Criminal Court, a lobby group for US tech giants, which has insisted in particular that it is satisfied with “a clear obligation to eliminate all tax measures on digital services” and “a commitment not to implement its measures in the future.”

Facebook Vice President Nick Clegg also confirmed that the social network was “happy to see a consensus emerge,” even if it “means paying more taxes in different places.”

A first agreement on international tax guidelines was reached in July. This time, it was a question of setting technical standards, but it was the subject of bitter negotiations between countries with highly diverse national tax strategies.

The main lock jumped 15% on Thursday with gains on Thursday in Ireland and then Estonia, two countries that until then had been reluctant to affix their initials to text. For Dublin, which houses the European headquarters of Apple, Facebook and Google, a 15% flat rate guarantee was crucial.

On Friday, Hungary, the last EU country not to back down, acceded to the agreement after receiving concessions.

Budapest, which has a corporate tax rate of 9%, is one of the states focused on tax attractiveness and has been able to see increased deductions that will allow it to account for the tax base of multinational corporations.

The other big part of the negotiations in the OECD was about the share of tax revenue to be redistributed in countries where multinational corporations have activities and clients, but no head office.

This concerns only very large groups that record more than 20 billion euros in sales each year and show high profitability. The share of taxable profits in this context, the subject of a smart calculation, is set at 25% above the profitability level of 10%.

Presented as historical, the agreement has been viewed by NGOs and some economists as insufficiently ambitious, and a source of inequality between rich and developing countries.

See also  An SUV consumes less than 5 liters per 100

According to Oxfam, the poorest countries will receive less than 3% of the additional tax revenue. The NGO denounced “counterfeiting” and “capitulation” towards countries with lower tax rates.

Joseph Stiglitz, the Nobel laureate in economics who has campaigned for a 25% minimum tax, lamented Thursday that the agreement “does not adequately address the concerns of developing and emerging countries.”

The goal is to implement the reform by 2023, which is the time to adapt the legislation. But some questions remain unanswered, such as the administration’s ability to impose reform on Congress.

Elizabeth Bourne notes that employees without a health clearance will be...