Persia Digest
Home Economy Airbus. Thirteen A350s were installed on the tarmac due to fuselage... 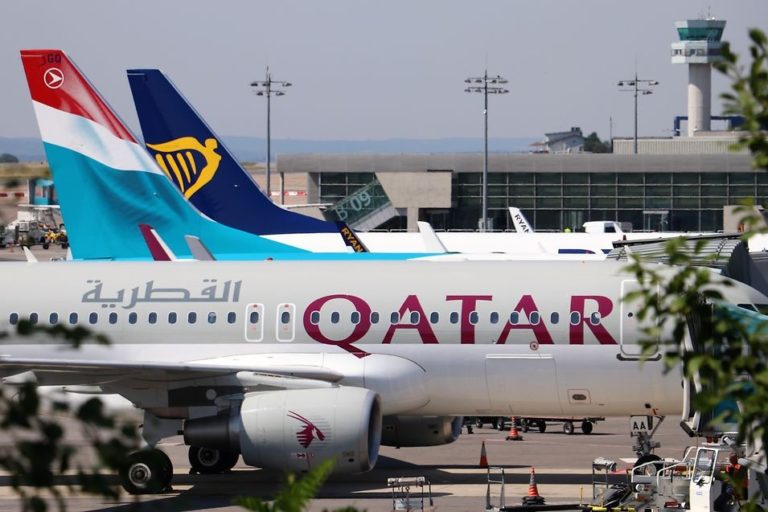 Qatar Airways announce Thursday 5 August 2021 In a statement to receive the order from the country regulator toimmobilize 13 of his Airbus A350in Doha. Because : Deterioration of fuselage surfaces.

The problem is not new. In June 2021, the Qatar National Company has already issued a warning To the European aircraft manufacturer based in Toulouse, in a Suspension of deliveries Long-Range A350 (expect 23 more A350-1000s). Qatar Airways went much further in early August by issuing an official statement implicating Airbus.

According to this press release, Qatar Airways “following the express written instructions of its regulator” is leaving thirteen A350s (She has 53) when stopped, “Out of Service So that the root cause can be identified and that a satisfactory solution is found to permanently correct the “basic cause” of the error.

The defect in question: “accelerated deterioration of the surface under the paint” of aircraft, among which Eleven A350-900 and two A350-1000. The company also ensures that other A350s are closely monitored.

So Qatar Airways is now waiting for Airbus to determine the root cause “before taking delivery of any other A350s”.

The company also has Immediately return the A330 fleet to service To make up for the A350’s freezing. Compensation which is only partial, as there are only a dozen aircraft in this range.

Akbar Al Baker, Group CEO of Qatar Airways, said in the statement: “With this latest development, we sincerely hope That Airbus treat this matter with all the care it requires. Qatar Airways will only accept aircraft that are able to provide the highest level of safety for its passengers and the best possible travel experience.”

Was this article helpful to you? Note that you can follow Actu Toulouse in the Mon Actu space. With one click, and after registration, you will find all the news of your favorite cities and brands.

Electricity companies get more than half of the government tax on...