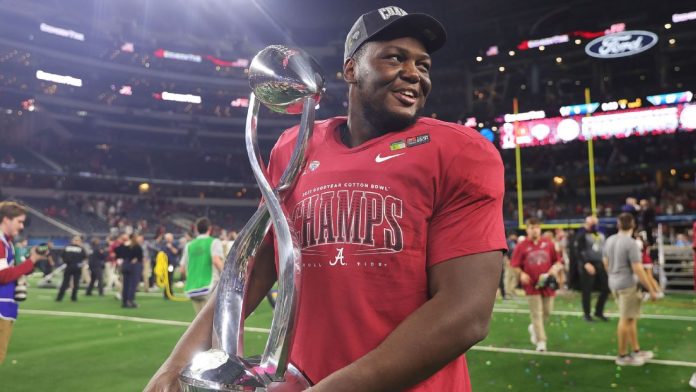 ARLINGTON, Texas – Brian Robinson Jr. rushed for a career height of 204 yards and won Alabama, the top-ranked team, at the Cotton Bowl on Friday, advancing to another championship game.

Crimson Tide defeated Cincinnati 27-6, the first team to slip into the college football playoffs without belonging to the Power Five group.

It’s Alabama’s sixth straight win in the semi-finals. Crimson Tide (13-1) missed the first four stage of the playoffs only once.

If you want to have the best information in the world of sports, download the app now.
espn.com/app »

He will be looking to win his second consecutive national title and fourth in eight seasons of play-off format under coach Nick Saban.

Their final opponent will be Michigan (2) or Georgia (3), who are undefeated, but lost to Alabama in the previous championship game, which was held on January 10 in Indianapolis.

See also  A place for runners after the coup Jumbo Visma? Follow the second step

The B & B Hotels team has been invited to start...