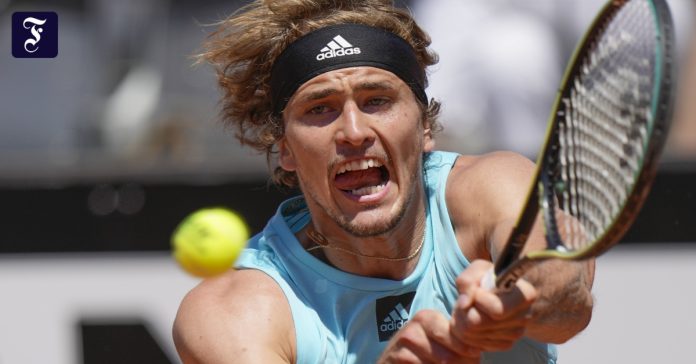 Alexander Zverev in the quarter-finals of the ATP Tour in Rome. The Olympic tennis champion beat Australian Alex de Minaur 6:3, 7:6 (7:5) on Thursday. At the masters’ court, worth six million euros, Hamburger now meets Cristian Garin of Chile or Croatian Marin Cilic. “That was a good level for me,” Zverev summed up.

The third place in the world ranking, which occupies the second in the Italian capital, started the match against the 22nd in the world with concentration. In the second set, the confrontation was more balanced, with Zverev taking two breaks and also giving up serve to make the score 7:5 and win the match. But in the tiebreak, he kept his cool and took victory after 1:49 hours.

“I still have to work on serving and staying aggressive,” said the 2021 Summer Games gold medalist. But he fundamentally saw an improvement over the previous session, when the 25-year-old started the tournament with a win. Sebastian Baez. “It was much better than it was yesterday. Of course there are still mistakes, but it happens and it is normal.”

For Zverev, the Masters in Rome, which he won in 2017, is the last tournament before the French Open in Paris in a week and a half. He was the only German player in the men’s main draw in Italy.

Shocking figures from Alianza Lima in the Copa Libertadores after falling...

Christiansen says the match against El Salvador is a final of...