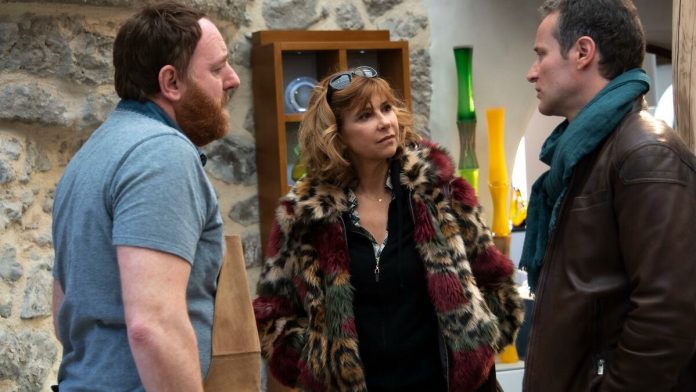 Many waited for this finale of “Koh Lanta: The Legend,” which ended a season marked by plenty of cheating. But not as much as he had imagined: Team TF1 is a close second. The final episode of Denis Brogniart’s survival game had 4.4 million fans, or 22.9% of the audience, as of 11:43 p.m., according to Médiamétrie. In terms of audiences, good performance should be reported along with preferred targets for advertisers, Women in charge of purchases under 50: 41.5% of PDAs.

On the other hand, there is no climax when choosing a winner. Moreover, there was no winner. Adventure Line Productions, which has been running the show for 20 years, made the decision not to continue counting. “We are aware of violations of the code of honor Koh Lantasaid the star host.

We found out that a small group of adventurers did not respect him by collecting food outside the game and we will not reveal any names. No adventurer will be crowned a winner.” Too bad for Claude, who failed the launch test but got the most votes. A previous finalist, Koh Lanta: Secret Weapons, won by Maxine, was followed by over 5.7 million followers ( 27.9%) last June.

“Crime in the Home” jumps to the fore

France 3 outperforms the competition, with a good lead on the front page. The detective novel “Crime à Biot” presented by Florence Bernel, Guillaume Kramoysan and Lola Dewer has garnered more than 5.6 million viewers, or 25.1% of the general public. This is about 900,000 more than the return of the series “The Traveler” with Bruno Debrandt last week.

See also  Revealed the face of his daughter Charlie for the first time!

France 2 takes third place, with the program “Deal Closed: The Big Christmas Challenge” presented by Sophie Davant. This very large version of Afternoons of La Deux attracted nearly 2.2 million viewers, or 10.8% of PDAs. In October, they were 1.8 million ahead of the previous evening’s figure.

Far away, the M 6 with a “nightmare in the kitchen” replay. This presentation by Philip Eichebest has been seen by only 1.2 million culinary enthusiasts, or only 5.5% of PDAs. It’s always better than the unreleased French mini-series “The Man I Condemned” with Ophelia Kolb and Frederic Deventhal which drew in just 903,000 viewers last Tuesday.