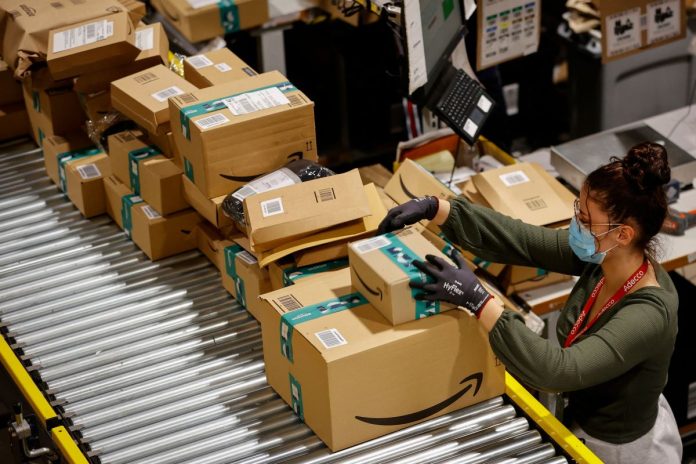 Christian Smalls, who was planning to organize Amazon workers to form a union, was arrested Wednesday for trespassing when he entered a warehouse to deliver food to workers.as part of a union campaign led by him.

Smalls, a former Amazon employee, and two others are charged with obstructing a trespassing arrest, Lieutenant John Grimple of the New York City Police Department said, adding that Smalls is also charged with trespassing.

The other two people arrested were Amazon workers. Smalls said the three were later released, adding that he has appealed the charges and will continue his fight in court.

Amazon spokeswoman Kelly Nantel said Smalls repeatedly invaded the facility despite multiple warnings.. The company did not call the police to charge its employees, but only to report Smalls.

Smalls, 33, is seeking to turn Amazon’s JFK8 warehouse on Staten Island into a union facility. That will be decided on March 25 when workers vote.

A second election is underway at Amazon’s warehouse in Bessemer, Alabama, with mail-in voting accepted through March 25 and vote counting beginning March 28. Last year, workers in that warehouse voted against the unions.

Majority vote to join unions in either facility would be Amazon’s first US union labor repository And a victory for those who seek to strengthen the American labor movement.

Smalls said he brought food Wednesday afternoons for employees to distribute, something he’s been doing for months. The break-room meals were Small’s opportunity to build relationships with workers.

But this last time, Smalls said the Amazon manager who fired him two years ago told him to leave, then called the police.

“I am literally a visitor. Are they calling the police about taxi drivers and Uber drivers waiting for their colleagues?” Smalls added that Amazon wanted to increase the intimidation factor by arresting him.

Amazon numbers: 8 out of 10 US shoppers place an average of 74 orders a year

Amazon is adding new cities to its healthcare system: How much do they cost and where are they available

– 5 Benefits You Get When Contracting With Amazon Prime