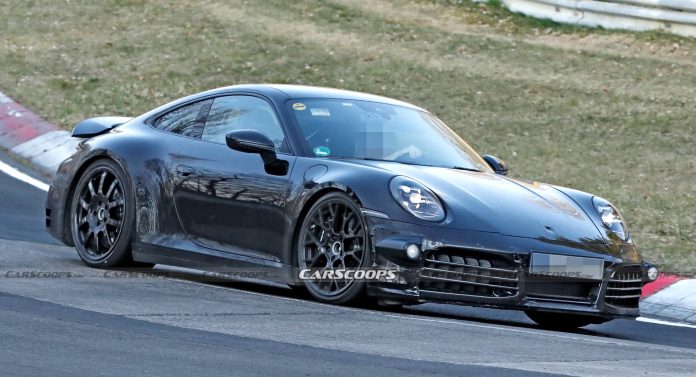 Porsche confirmed this week that the upcoming 718 Boxster and Cayman will be reborn as pure electric vehicles for 2025, but the 911 is taking a much slower path toward electrification.

An all-electric 911 isn’t expected before 2030, but to help the iconic two-and-over stay relevant, Porsche is working on hybrid versions that will appear by the second half of the decade.

Porsche uses yellow circular stickers on the windshield and rear windshields of its cars to tell emergency crews that the cars are hybrid-powered and so far we’ve seen both Turbo and Carrera prototypes wear the little tidbits. The narrow arches and smaller spoiler the car wears in these recent photos from the Nürburgring tell us that this is the regular 911.

You can ignore the funny baffling eye lights mounted on the side of the hooded front bumper, but the air intakes and modified grille rotors will be key to help you tell the 2024 about the current 992 released in late 2018. Expect a similar bumper—and lamp-related modifications in the rear, too.

Related Topics: Porsche Records Sales and Profits, Commits to Over 80% of Electric Vehicle Sales by 2030

Although the front bumper design suggests this is a modest Carrera or Carrera S, the rear license plate has moved from the lower portion of the bumper where it sits on the base cars, to the mid-level bumper where you’ll find it on the current GTS. The tailpipes have been moved to the center to give the rear of the car a more aggressive look.

We can’t see the interior in these latest shots, but we can be sure the 911 will have a full-width digital instrument cluster like the one on the Taycan EV that will give the driver more freedom when it comes to configuring the information shown and where.

Although we know that Porsche will offer hybrid six-cylinder engines in the upcoming 911, details are unclear about the exact powertrain specifications. We know that the first electrified 911s will not be PHEVs but self-charging hybrids. But in terms of where Porsche will fill the battery, what drive and transmission options hybrid buyers will have, and how big the combustion engine is, the company is playing its cards close to its box. 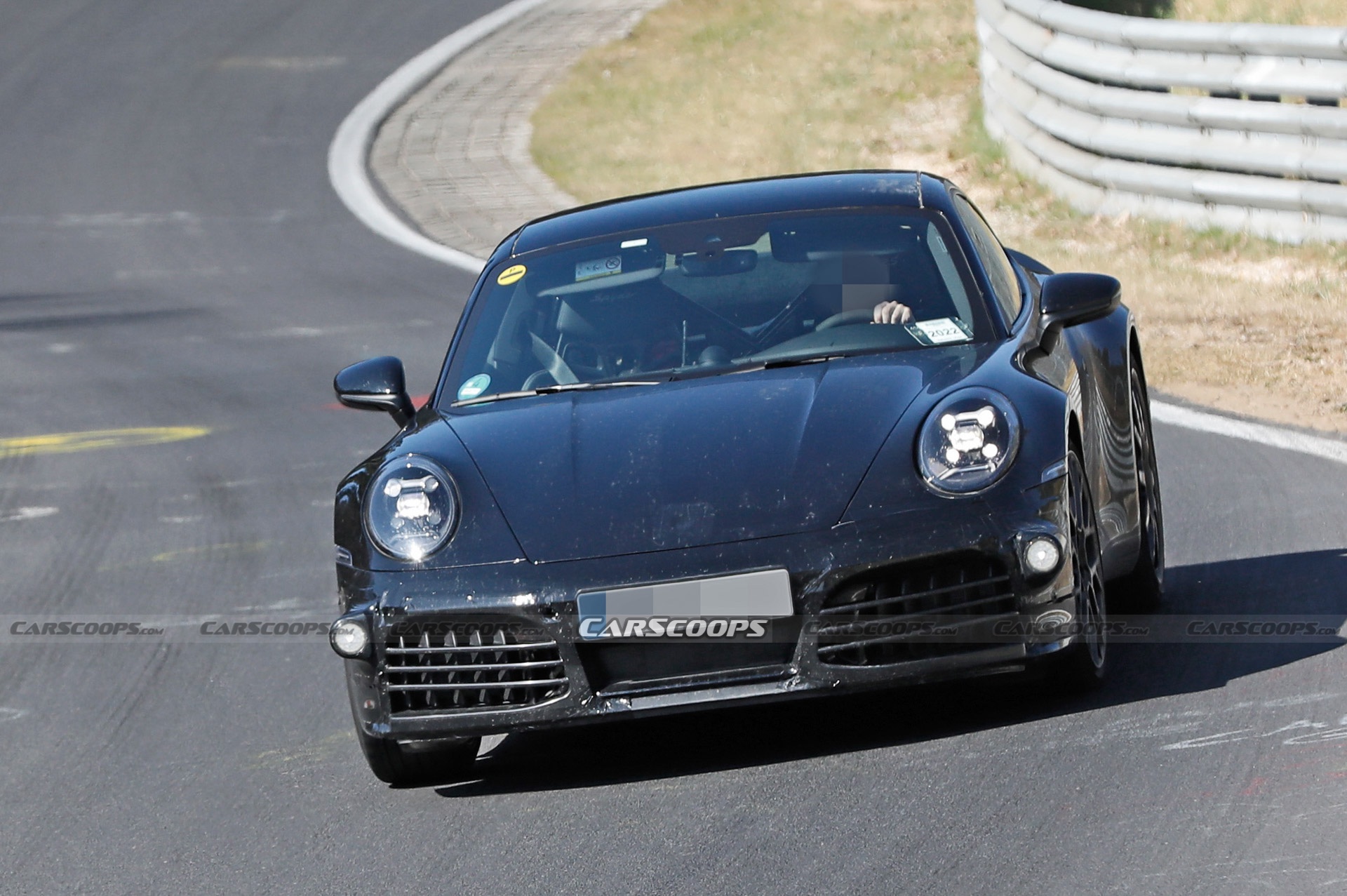 Currently, only the GT3 and GTR RS versions of the 911 use naturally aspirated engines, while every other model gets six turbochargers. But rumors from Germany suggest that non-GT cars may get 4.0-liter naturally aspirated power, perhaps from the Cayman GT4, which (unlike its sibling GT4 RS) uses an engine unrelated to the one in the GT3.

Are you excited about switching to a hybrid 911 or should Porsche jump straight to a full EV? Leave a comment and let us know.