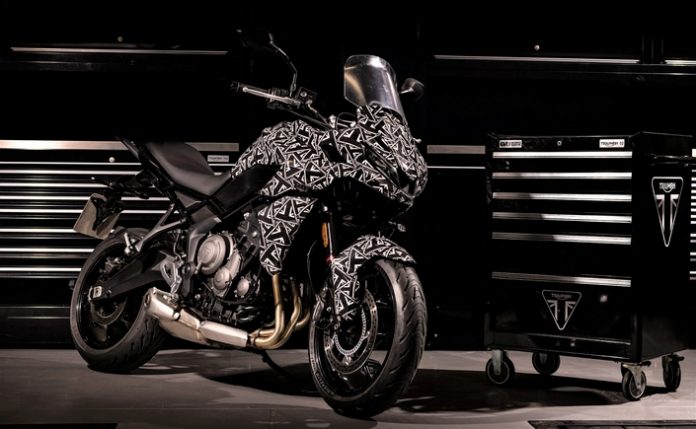 Officially introduced in October 2020, the Triumph Trident 660 will soon be added to the British company’s catalog with a new three-cylinder version: the Tiger Sport 660.

Triumph has just confirmed that it has completed a prototype testing phase of what will be the versatile version of the mid-capacity roadster. A motorcycle that will take the same philosophy as its big sister, the Tiger 850 Sport, which the English brand introduced last November.

Capitalizing on this announcement, Triumph has also released the first official images of this futuristic Tiger Sport 660, which is still shown in camouflage, like the Trident 660 a few weeks before its debut.

Like the Tiger Sport 850, the new English track with a sporty, mid-displacement character is part of the revamp of the Tiger range that began with the launch of the Tiger 900 nearly two years ago.

With the upcoming presentation of the futuristic sports Speed ​​Triple 1200 RR and the announcement of Triumph’s intent to embark on enduro and motocross, the arrival of the Tiger Sport 660 completes an already busy schedule from the English manufacturer. Which does not bother us.

The consequences of the controversial Dieselgate